Get to know Jon Selig

Meet the MBA alumnus who found a way to integrate his love for comedy and the business world. After working for a large organization for several years, Jon knew he needed to find a way to allow his creative side and love for comedy to become a part of his job. He now runs his own business teaching sales teams and other organizations how to integrate (tasteful) humour into their work – and still finds time for standup comedy. Hear Jon’s story and what his advice would be for those looking to step outside the box and act on a creative idea.

A single joke (or “humour”) that highlights a problem that sales reps solve for prospects grabs attention, shines a light on a challenge, triggers an emotional reaction, and helps them start new conversations across various outreach channels. — Jon Selig

The Get to Know DeGroote series is about the stories of our alumni, their career journeys, and what it means to be part of the DeGroote School of Business community. Keep up with the series: https://bit.ly/2Imm4Fa. 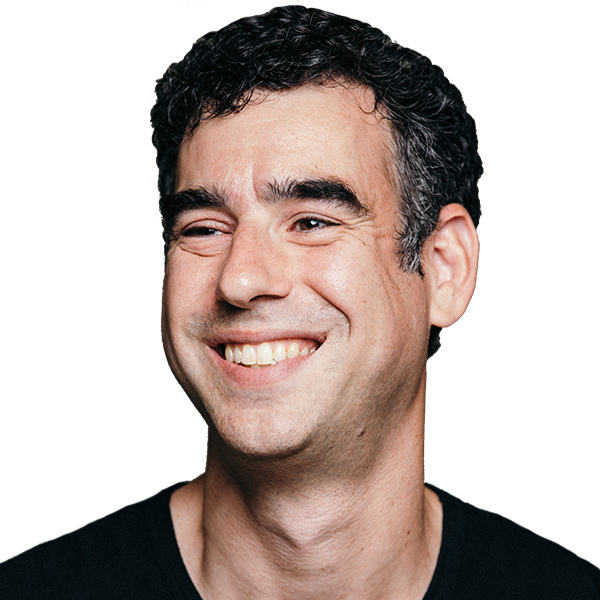 Jon Selig shows sales professionals and executives of all kinds how to make prospects and audiences laugh so they can better connect, engage, and start conversations. He’s far less serious in person than his copywriting leads you believe.

Jon received his BCom and MBA followed by a 12 year career selling technology (mainly for Oracle and an Oracle partner) before his career took a sharp left-turn in 2011, and he started performing stand-up comedy. In that time, he’s performed at JFL Zoofest, The Comedy Nest’s Young Guns of Comedy, and he’s also also appeared in a segment on The Daily Show. He still can’t tell you what databases do.

He’s spoken to and/or delivered workshops to sales teams at Citrix, Zoho, Microsoft Canada, Fleetcor Technologies, EventMobi, Accent Technologies, SmartPrint, CM Labs, and for founders at incubators like The DMZ and JEDI. He’s presented at AAISP conferences and chapter meetups, where he speaks on humor’s impacts on sales, and how to find the funny in your prospect’s world.

Planning for Fundraising in an Unstable Environment

McMaster Alumni Named to the Order of Ontario

Get to know Sofia Colucci

Get to know Sarah Hartkorn and Kate Dickson

Get to know Tanvir Bhangoo