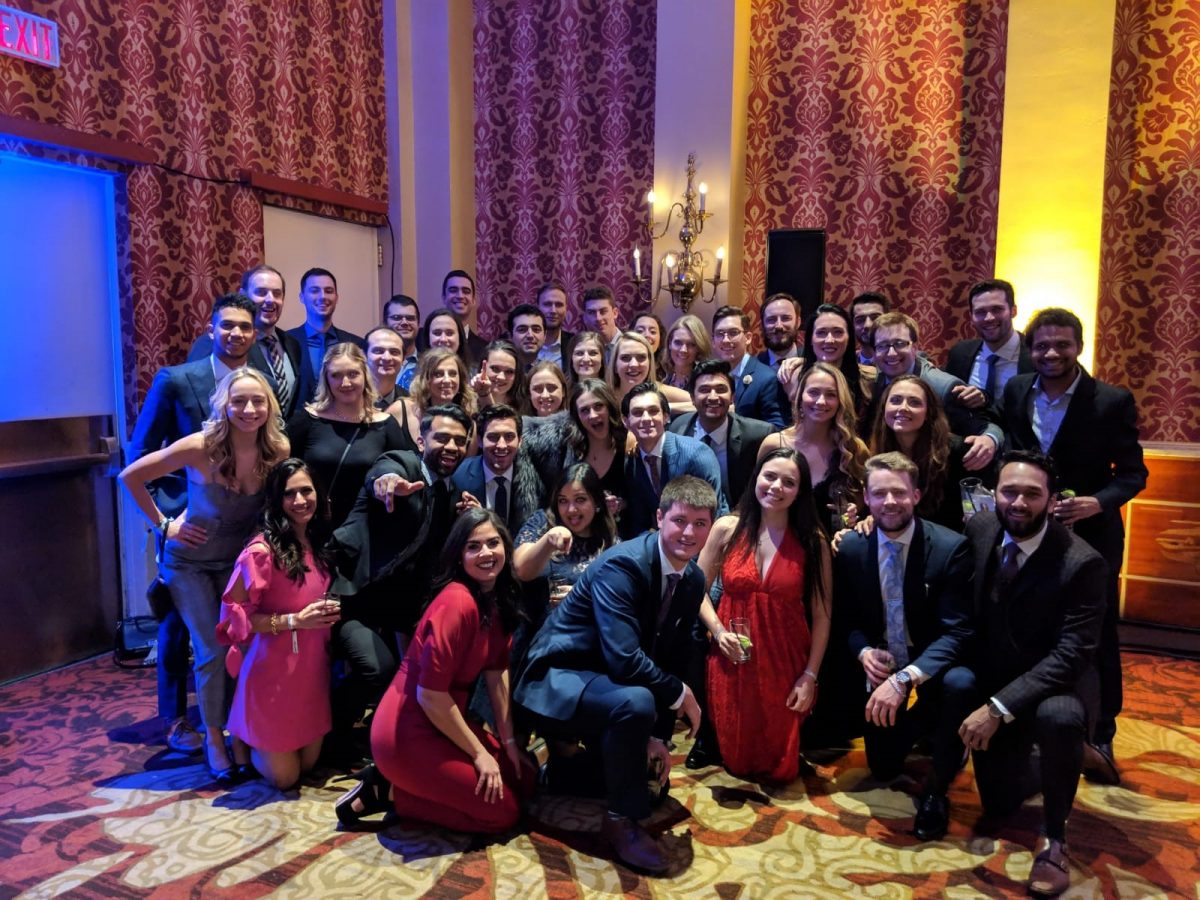 “We were so fortunate to have such a dedicated group that was willing to put the team’s success above their own and commit to countless hours of practicing,” says Co-Chair Lana Perisic.

They’re champions once more. The DeGroote School of Business has won the 2019 MBA Games.

The DeGroote team, led by Co-Chairs Lana Perisic and Chinomso Nwamadi, was presented with the coveted Queen’s Cup on Sunday as the top overall school in the annual national competition.

“I’m not sure it has sunk in for any of us yet,” says Perisic, who served as Director of Spirit on the School’s 2018 MBA Games team before being named Co-Chair.

“The executive team spent a year planning for the Games, and the team as a whole spent four months working incredibly hard to get to this point,” she continues. “To see all the hours and hard work result in what we had been hoping for was the best feeling any of us could have experienced.”

Perisic says she wanted DeGroote to be seen as the most well-rounded school at the 2019 MBA Games, which meant taking their training regimen to a whole new level. That involved putting in a lot of extra work in the classroom, at the gym, and at home.

“We were so fortunate to have such a dedicated group that was willing to put the team’s success above their own and commit to countless hours of practicing,” she adds.

According to Perisic, the competition was also incredibly stiff this year. “Having done this three times now, I can confidently say I’ve watched other schools step it up, making teams work harder than ever for that hardware,” she says.

The 2019 Games were hosted for the first time by the Ted Rogers School of Management at Ryerson University. Teams from across Canada landed in Toronto for the Jan. 4-6 competition, which included academic, athletic, and spirit challenges.

The theme for this year’s MBA Games was Diversity & Inclusion, and the charity of choice was the Canadian Council for Refugees. The latter is a national not-for-profit organization committed to the rights and protection of refugees and other vulnerable migrants in Canada and around the world.

Fundraising for the Canadian Council for Refugees was a component of this year’s spirit competition, which also included challenges in dance, video, and a mystery event. DeGroote placed first-overall in the spirit competition.

DeGroote also won the Schulich Cup, securing first place in the academic portion of the competition and clearing a path to the Queen’s Cup.

“The four case teams that comprised the academic component of MBA Games worked tirelessly to refine their case analysis and presentation skills through numerous practice sessions, while balancing the heavy demands of the program,” says Milena Head, Wayne C. Fox Chair in Business Innovation, and DeGroote’s faculty lead for the MBA Games.

“This win is a testament to their dedication, positive attitude, and passion for learning and development. I could not be more proud of them,” Head continues.

“In the end, the DeGroote MBA program has taught us that success will come to those who work for it,” Perisic adds.

Case competitions are an essential part of the MBA experience at DeGroote. They help students sharpen their creative thinking, expand their business acumen, and gain valuable experience in real-world corporate situations. They also prepare DeGroote grads to excel as their careers begin to take shape.

DeGroote won the MBA Games in 2016, the School’s third national title in five years (prior to this year’s victory), and remains one of the most competitive business schools at events across the country.