The DeGroote School of Business is proud to continue its Insight Lecture series, featuring world-class speakers, researchers, and alumni in industry leadership.

As Canada begins a year that the United Nations has said is pivotal to addressing the climate crisis, it’s clear which Canadian climate policy will attract the most attention in 2021.

What will it take for Canada, and the world, to move to a low-carbon economy?

Join the conversation on April 27 with Dr. William Nordhaus, Sterling Professor of Economics and Professor of Forestry and Environmental Studies at Yale University and winner of the 2018 Nobel Prize in Economic Science.

Following the presentation, Professor Nordhaus will be joined by Dr. Len Waverman, Dean, DeGroote School of Business, and former editor of the Energy Journal, for a moderated discussion and audience Q&A.

This DeGroote Insight Lecture is graciously supported by Adam Felesky, Chief Executive Officer, Portage Ventures, a great friend and champion of the DeGroote School of Business and McMaster University. Adam’s generosity and commitment to higher education help ensure that these opportunities continue to be available to our DeGroote Network. 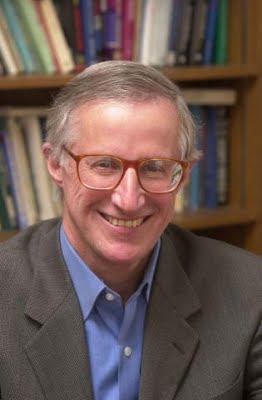 Nordhaus is a member of the National Academy of Sciences and a Fellow of the American Academy of Arts and Sciences. He is on the research staff of the National Bureau of Economic Research, the Cowles Foundation for Research, and has been a member and senior advisor of the Brookings Panel on Economic Activity, Washington, D.C. since 1972. Professor Nordhaus is current or past associate editor of several scientific journals. In 2004, he was awarded the prize of “Distinguished Fellow” by the American Economic Association and served as President of the American Economic Association in 2015-2016.

From 1977 to 1979, he was a Member of President Carter’s Council of Economic Advisers. From 1986 to 1988, he served as the Provost of Yale University. He was Chair of the Boston Federal Reserve Bank for 2013-2015. He has served on several committees of the National Academy of Sciences on topics including climate change, environmental accounting, risk, and the role of the tax system in climate change.

Professor Nordhaus has studied wage and price behavior, health economics, augmented national accounting, the political business cycle, and productivity. He is the author of many books, among them Invention, Growth and Welfare, Is Growth Obsolete?, The Efficient Use of Energy Resources, Managing the Global Commons, Warming the World, and (joint with Paul Samuelson) the classic textbook, Economics, whose nineteenth edition was published in 2010. His most recent book on climate change is The Climate Casino (Yale Press, 2013).

Establishing Influence and Executive Presence in a Virtual Worksphere