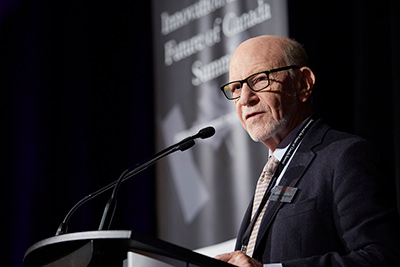 Leonard Waverman began his term as dean of the DeGroote School of Business at McMaster University in January 2013.

Dr. Waverman is a world-renowned expert in international telecommunications and global resources management.

He specializes in microeconomics and industrial organization, economics of telecommunications, energy and resource economics, international trade, public utility and public enterprise economics. His current research focuses on the impact developments in the telecommunication industry have on growth and productivity. He has authored the influential Connectivity Scorecard, an annual index that ranks countries according to how advanced their communications networks are in promoting productivity and growth.