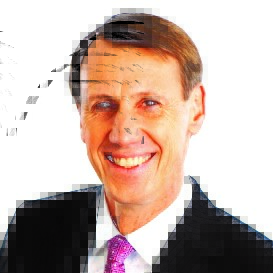 Recipient of the Wayne C. Fox Distinguished Alumni Award | 2012
Class of BCom '83
The information in this profile was accurate at the time the award was presented.

Prior to his career at CIBC, David worked throughout Europe, gaining valuable international banking experience. After returning to North America, his impressive professional path led him to such roles as President and CEO of Derlan Industries, Executive Vice President and CFO of Clarica Life Insurance, and President and CEO of Atlas Cold Storage.

David has been a board member of several public and private companies in Canada, the United States, Mexico, and Barbados and served as a member of McMaster’s campaign cabinet from 2008 to 2010.