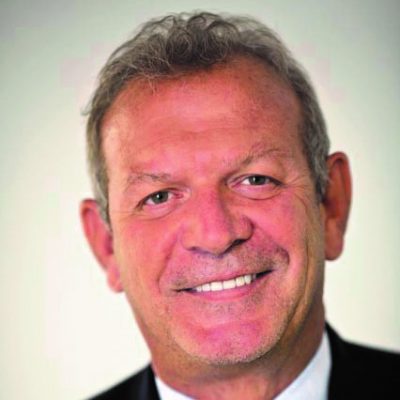 Recipient of the Wayne C. Fox Distinguished Alumni Award | 2013
Class of BCom '80, CPA, CA, ICD.D, HRCCC
The information in this profile was accurate at the time the award was presented.

John Marinucci graduated from McMaster University’s commerce program in 1980. After graduation he launched an impressive career that included attaining several professional designations. John has a strong manufacturing background with a proven track record in operational restructurings and management of highly leveraged business concerns. He served for eight years as president and COO for a major Canadian manufacturer and lessor of freight railcars and is a former president of the Canadian Association of Railway Suppliers.

John has held executive and senior management roles within leading Canadian and United States based organizations. In 2002, he joined New Flyer as president and CEO, retiring as an executive officer at the beginning of 2009. He currently serves as a director of Intelgenx Corporation, is a governor of Mohawk College in Hamilton, and previously served as a director of SMTC Corporation.  In addition to being a member of the Institute of Corporate Directors and a graduate of the Directors Education Program, he is also a Chartered Professional Accountant and serves on several private company boards. John is the founder and chairman of the Marinucci Family Foundation, a registered charity focused on funding education, live arts and proactive healthcare initiatives.