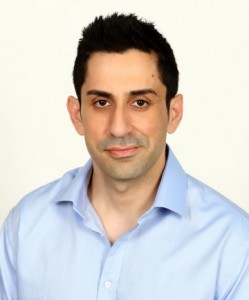 Would you like to do something regarding your education and career that you will appreciate in ten years’ time?

That is the question I asked myself when I was considering applying for an MBA.

Prior to applying for an MBA at the DeGroote School of Business, I completed my Bachelors in computer science in India and moved to California to do a master’s of science. Studying computer science enhanced my critical thinking and analytical abilities, and being in the middle of Silicon Valley at that time was an exhilarating experience and I loved every second of it.

While studying in California, I was fascinated by people who had an entrepreneurial spirit and this caused me to become deeply interested in business. I began reading about anything related to business; how deals were being made, and how mergers were taking place. At that time, one thing was clear to me; I wanted to work in a position where I could run things — I wanted to have a tangible effect on an overall business rather than on a particular sphere.

…there is nothing worse than to aim for something and not be prepared for it.

When I moved to Canada in 2010, I was inspired to work in business and therefore, I applied for a job at Starbucks as a manager. I managed a yearly 2 million dollar business with 30 employees and I achieved great success. Being a manager taught me how to manage people, resources, profit and loss statements, and numerous problems, teaching me to look at things from different angles. Being the ultimate decision maker taught me to think about how the implications my decisions can have on staff as well as the business.

In the future, I aspire to take my career to the next level and run a Fortune 500 company but I recognize that I need to have the requisite training and education. In my view there is nothing worse than to aim for something and not be prepared for it. In this case, I believe an MBA at DeGroote is the tool, which will help me achieve my goals and prepare me for the challenges ahead.

At the start of 2013 when I was thinking about applying for an MBA admission, I did extensive research on numerous schools in Canada. I knew DeGroote had the oldest and best Co-op MBA program in Canada. Time after time I kept thinking of DeGroote due to my conversations with the Admissions Office and CBCD (Centre for Business and Career Development). The staff in both offices could not be more professional, but the thing which made my decision easy, was their passion for DeGroote. DeGroote is highly regarded in the business community and universally regarded as a great school and all these reasons made it easy for me to want to do my MBA at DeGroote.

People might ask why I would do an MBA after studying computer science but I would not change a single thing regarding my career change if given the chance. My education and experiences have given me a world-view to look at any problem which otherwise I would not have had.

If someone is in a similar boat as me and is thinking of switching careers and going to school, I say, go ahead and don’t limit yourself because you don’t want to miss out on an opportunity. As Michael Jordan once said, “limits and fears are most often an illusion.”