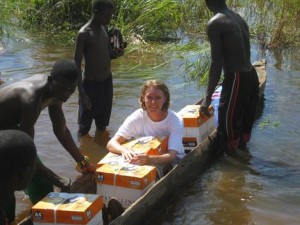 I suppose it all began with a love of adventure. While other students headed off for terms at pharmaceuticals and banks, an MBA co-op placement at Médecins Sans Frontières/Doctors Without Borders (MSF) was an obvious fit for me. Although my project primarily surrounded an analysis of their fundraising activities, I spent my lunch hours listening to the stories of expats returning from the field – maternity nursing in Haiti, sexual violence in the Democratic Republic of Congo, refugee camps in Sudan. It took me all summer and part of my final term at DeGroote to decide to apply to work as an expat – in retrospect, though, I think I knew the moment I walked through the door at MSF, that there would be more for me there than just a 12 week internship.

I trained as a Finance and Administration Manager and was sent to Central African Republic that spring to open an emergency pediatric malnutrition and malaria project. On graduation day, instead of donning a cap and gown in Hamilton, I wore a white MSF t-shirt and spent the afternoon pushing our land cruiser out of the mud.

On graduation day, instead of donning a cap and gown in Hamilton, I wore a white MSF t-shirt and spent the afternoon pushing our land rover out of the mud.

The MBA was my foundation, but the field placement was the true test of what I had learned. It exposed me to the struggles that all managers face, but under the most extreme circumstances one could imagine. My training in negotiation was used for business deals buying bulk supplies, but also with armed soldiers and corrupt government officials looking for bribes. Supply chain management was critical because almost nothing could be purchased nearby. A small mistake in an advance order could leave your team for a month without toilet paper. A critical error could leave them without medication.

HR was a challenge as most of the local candidates had never been interviewed before, and many had never been formally employed. I looked for opportunities to train the team, which included teaching some staff in advanced excel functions and others simply how to read. Accounting meant monitoring spending by tracking invoices for everything from printer ink to live chickens, many signed by fingerprint. It also meant counting our 36 million franc monthly budget, in cash, by hand. 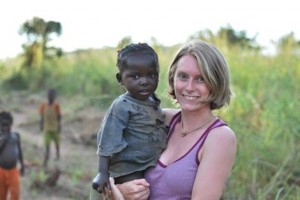 I watched the patterns of organization behaviour change as time went on, stress levels rose, and each of us crept towards burn out and finally, breakdown. There were hard times. They don’t train you in an MBA program how to dig graves or console a mother whose child didn’t make it. But these experiences were balanced with more happy moments than I can count. I watched day after day as malnourished children left the hospital plump and smiling, with the knowledge we were saving the lives of people who truly had nowhere else to turn.

I went on to work for MSF in Canada and then in their Dublin office in Ireland. I’m now with Dignitas International, a medical and research organization that supports people with HIV/AIDS in Malawi. And while it’s mostly ‘business as usual’ here in the Toronto office, I know I’ll be ready to handle anything that comes my way.

McMaster World Congress 2020: AI in an “Innovate or Die” world