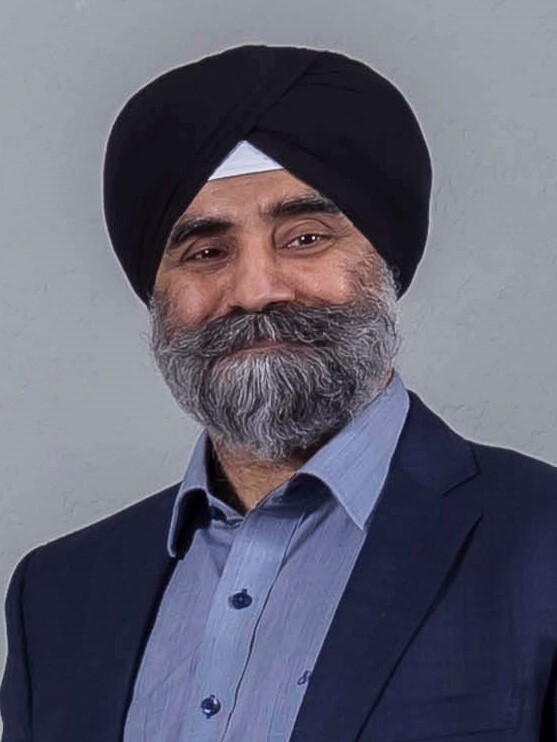 “I now understand and own my role. Prior to attending the program, it was a bit like driving in fog: Uncertainty made me slow down. With the learning, the fog has cleared, and I can go faster and do more on the same road.”

Courage is something Baltej Singh Dhillon knows all too well. In 1989, he was offered a job with the RCMP, granted that he removed his turban, cut his hair, and shaved his beard. Rather than foregoing his religious obligations, Singh Dhillon bravely challenged the RCMP for the right to wear a turban — and won. The victory launched an illustrious career during which he contributed to well-known cases such as the 1985 Air India bombing and the investigation of serial killer Robert Pickton.

More recently, as his work shifted away from policing to managerial and board roles, Singh Dhillon turned to DeGroote School of Business’s The Directors College to learn to use his courage in a very different way. He will graduate from the Chartered Director program in October.

“Directorship 1,000 per cent requires you to have courage,” says Singh Dhillon, the director of British Columbia’s workers’ compensation board, WorkSafeBC. “There is a great responsibility that befalls you and an expectation from the folks who have given you their trust to guide, support, and provide a path forward for their organization. The only way to effectively contribute to that space is by ensuring you give your voice a place in sometimes-challenging conversations. That can only come from courage. You also need courage to be critical, and at times, take a contrarian view while maintaining kindness, humility, and compassion to not derail the dialogue but rather leave everyone inspired. It also takes courage to be wrong, and knowing it is okay to be wrong.”

To help directors like Singh Dhillon gain a holistic skill set, the Chartered Director program delivers a unique experience that recognizes the role’s technical, structural, principle and behavioural aspects. “I wanted a better, deeper, and firmer understanding of board dynamics and my responsibilities,” says Singh Dhillon, who entered the program with previous board experience. “The Chartered Directors program met those needs. It was flexible in adjusting to crown, corporate, non-profit and private boards, which allowed us to connect with various dynamics. Also helpful was the instructors’ experience. They brought not only their lived experiences, but were purposeful and deliberate in bringing in guest speakers who were leaders in their areas. They allowed us to have a rich foundation to draw on to increase our knowledge.”

Traditionally delivered in a residential format to maximize networking and peer-to-peer learning opportunities, the program pivoted to a virtual environment to accommodate COVID-19 restrictions. Singh Dhillon says that despite not completing the program in person, The Directors College’s engaging modules still combined lectures, interactive working sessions, and case studies.

“It was seamless,” he says. “Hats off to the admin and folks who were behind-the-scenes, managing all of the technology and breakout rooms to ensure we got the material we needed. I  was able to connect with people on LinkedIn to continue to learn from my peers. I’ve also been invited to fireside chats with organizations to share my learning and journey. One incident that really stands out is that in one course, we entered into a rich conversation around diversity when someone used language that wasn’t aligned with our values. As a testament to the learning we received, we had the courage and the capacity to raise the issue without animosity, but purely from a place of bettering ourselves. Here were a bunch of people with letters behind their names, serving on conglomerates, coming together for a humbling and encouraging learning moment.”

As he moved through the modules, Singh Dhillon says he was immediately able to start applying his learnings. The confidence to do so came from the opportunities he received to test his skills with peers and instructors.

One of the biggest takeaways for Singh Dhillon is a firm understanding of his boundaries as a director. Rather than limiting him, it’s allowed him to contribute in a more expansive way because he is no longer narrowing his influence due to uncertainty.

“I now understand and own my role,” he says. “Prior to attending the program, it was a bit like driving in fog: Uncertainty made me slow down. With the learning, the fog has cleared, and I can go faster and do more on the same road.”