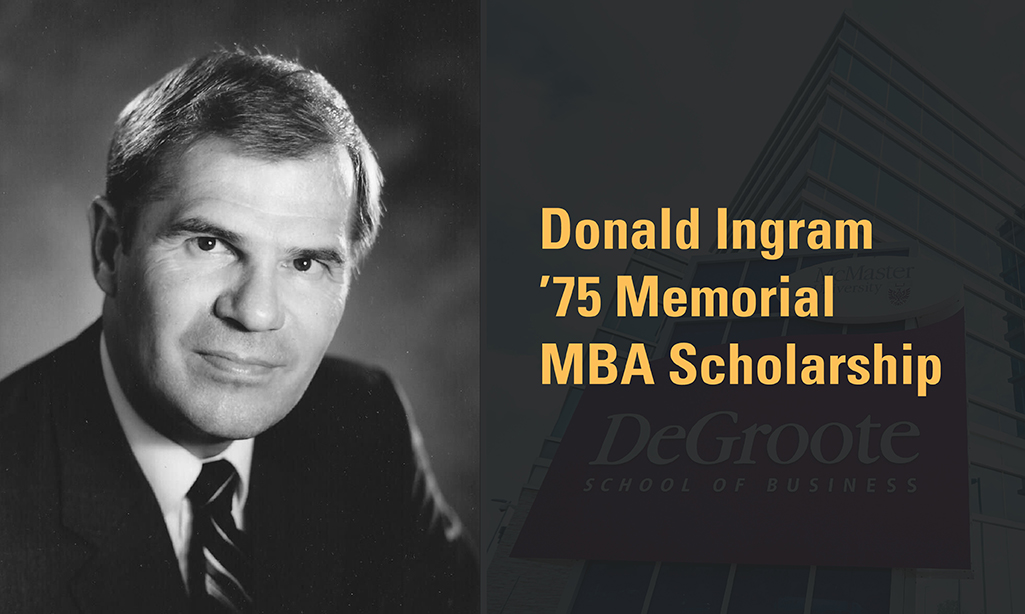 Donald Ingram and Sydney Van Sickle started their McMaster student careers half a century apart, yet their stories connected earlier this summer. “It was a surprise,” Sydney recalls. “I just got an email on a random Tuesday afternoon.”

The email from the DeGroote School of Business let Sydney, a member of DeGroote’s incoming MBA class, know that she had earned the Donald Ingram ’75 Memorial MBA Scholarship. A mechanical engineer and former president of Consulting Engineers of Ontario, Donald completed his MBA at McMaster through five years of part-time study. He earned the Litvak Gold Medal in the process.

“Our father always understood the value of higher education,” says Kristen Mackintosh, Donald’s daughter. “He felt that adding an MBA to his engineering degree would open many doors for him. He was grateful that McMaster allowed him to pursue his MBA at night school while working full time and raising a young family. It was a difficult period, but he attributed much of the success of his career to his education and wanted others to have the same opportunities.”

When Donald passed away in 2019, he left a bequest to DeGroote’s MBA program to help give future students the same opportunities he had. Kristen remembers that her father “set his goals high… At a young age, he knew that education was the key to moving forward in life. This belief set him on a challenging path that would include not only hard work but also financial struggles and the loss of time with his family.” Now, Donald Ingram’s philanthropy is helping to launch Sydney’s McMaster career in the Health Services Management MBA stream at DeGroote.

As Sydney was completing her undergraduate degree at Queen’s University, she considered different graduate school paths to a potential career in the health care sector.

The MBA was a different way to get where I wanted to go, but also a way that would help me explore different options in the health care field with DeGroote’s three co-op terms. 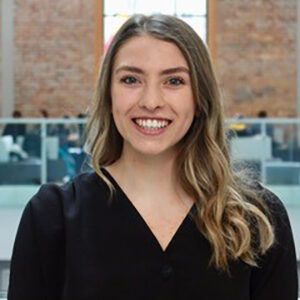 The scholarship created by Donald Ingram’s philanthropy will be incredibly impactful for Sydney when it comes time for those co-op assignments. “I lost my job in the pandemic,” she reports, “so the scholarship takes much stress off not being able to work this summer. The money will be significant if I have to move to my co-op locations.”

Sydney traces her interest in health care to a family vacation in Italy, where her brother needed emergency medical care. “It was a stressful time for my family, but it turns out that the Italian health care system is one of the best in the world. It was probably the best care we could have had. So in my university career, understanding different health care systems and learning about why some systems work better than others was something that interested me.” At Queen’s, Sydney explored that interest through Queen’s Health Outreach, one of the university’s largest student-run charities. “I saw some of the health inequities in the community. When I moved up in the organization, I developed more of a business mindset to have better results in what we were doing. Writing about that took up the bulk of my application to DeGroote.”

Now, Sydney is at McMaster, where she’s connecting that business mindset to her goal of contributing to our health care system’s evolution. And she’s doing it with the help of Donald Ingram, a member of the McMaster family who will always be one of the people who helped her progress toward her goals. According to Kristen, that’s exactly how her father would have wanted it. “He knew that he did not travel this path alone and never failed to appreciate those who helped him along the way. In turn, he always tried to encourage others in their academic and professional pursuits. For this reason, we believe he would be proud to know that his legacy will help future students who have also chosen the demanding but rewarding path of higher education.” 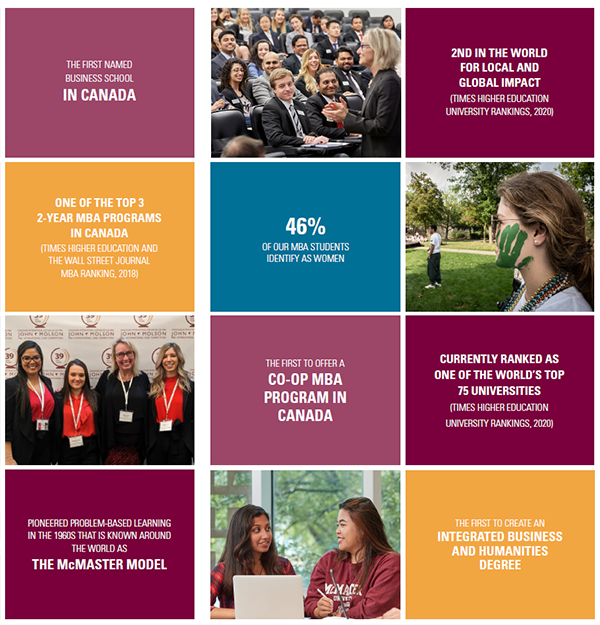 Help nurture the next generation of leaders in our world

Today, McMaster’s vibrant student experience, world-class research, and community engagement are empowered by the support of thousands of alumni and donors who also believe strongly in McMaster.

To be part of the McMaster story, please visit https://impact.mcmaster.ca/take-action or contact Laura Gawley, Senior Development Officer at gawleyl@mcmaster.ca for more information.