Adapted from an article by Joseph Cruz in Quarterly Profit magazine, a student-run publication of the DeGroote School of Business.

I was born at McMaster Hospital and grew up in Northumberland County before returning to Hamilton to attend McMaster University. While at McMaster I played football as an offensive lineman. My son was born before my third year began and if you dig through the Silhouette archives you’ll find an article titled Super Dad Balances Books, Sports, and Fatherhood.

After graduating with a BCom in 2007, I began a long recruiting process with TD Bank. I landed a job as a commercial banking associate in Victoria. From the associate role, I was promoted to analyst and worked on a portfolio of business banking clients on Vancouver Island. My role was to manage the Bank’s risk while providing creative credit structuring for our clients. I enjoyed my time at TD and stayed in this role until taking a leave to train full time with the rowing team in 2011 and 2012.

I chose to pursue rowing because it matched my strengths as an athlete. First, I knew I had an above average aerobic capacity. Second, I had good technique on Olympic lifts. Perhaps the most important factor, though, was that rowing’s mind-numbing and physically grueling training requires a stubborn persistence that I knew I had.

If you have a dream, big or small, stop talking about it and take action. Show yourself what you’re truly capable of.

In 2011, two months into full-time training I was mentally and physically broken and I started wanting to quit every day. I came home from training one day and slumped over my kitchen counter on the verge of tears. I was living in the moment too much. There was no way I could continue until I changed my perspective from self-evaluation every minute of every day, to having the resolve to commit to a timeline no matter what. I said to myself, you’ve got a year and a half until that Olympic final. No matter what—even if you’re dead last three weeks before they pick the team—you will see this through. Failure was an option, but quitting was not. When I shelved the Olympic dream and just focused on every stroke of every workout I started having more progress than I could have foreseen.

The only way to prepare for an Olympic race is to train so hard that when you’re on the start line you know that there was nothing more you could have done. You don’t win an Olympic medal without obsession. In our first race we had a disastrous performance, finishing last by 12 seconds. It was a huge relief when we qualified for the final in our second race, coming second behind the British. 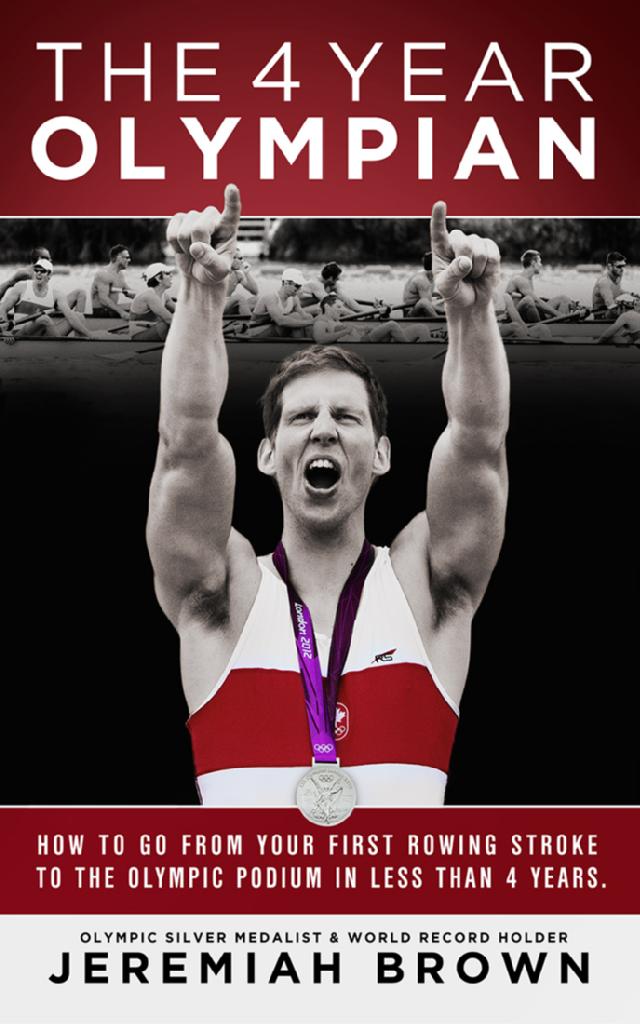 The moments before and during the Olympic final were completely different than how I imagined they would go. I’d always pictured Olympic rowers as machines; physically and mentally prepared and ready to execute like automatons. The truth was that the moments before and during the race was all too human: hope, rage, fear, despair, trust, doubt. It took every ounce of every man in that boat to pull together the performance of our lives, passing the British in the last 10 strokes to win the silver medal.

If you have a dream, big or small, stop talking about it and take action. Show yourself what you’re truly capable of. However, real development happens over years, so plan accordingly. The biggest lesson the Olympics taught me is to commit to a goal over a period of time measured in years—not months, weeks, or days. To link this back to the business world, I found it took two years in my job as an analyst before I was comfortable with any deal that came across my desk. Be brave and stay the course.

For more information on Jeremiah Brown visit www.jeremiahspeaks.com. Jeremiah’s book “The 4 Year Olympian” will be published later this year.