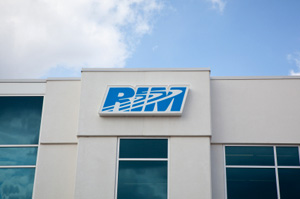 Take a good look at what makes the Scandinavian countries innovation powerhouses and you’ll see a strong, cohesive culture of innovation. Look at the lives of Steve Jobs, Sergey Brin and Larry Page and you’ll see entrepreneurs who succeeded not because they got venture capital or tax credits, but because they lived in perhaps the most fertile innovation culture in the world, Silicon Valley.

What about Canada? Yes, we’ve had Nortel and Blackberry. But why don’t we have more of them? Why don’t we have a pipeline of innovation leaders? Sure we’re reminded of the fact that Canada has too little competition and too much complacency to become “Innovation Nation”. But in my opinion, the reason we are innovation laggards is that we do not have a culture of innovation.

Implant an innovation consciousness throughout the education system, from grade school through to graduate school.

Building any kind of a culture is a long and difficult task. In recent years, the federal government has modified some of its existing programs and launched others that are helping innovators. However, they are not targeted to spreading the word about innovation. These programs should be complemented by a series of initiatives that will implant “Innovation Nation” in our national psyche and that will build and promote a much-needed culture of innovation in Canada, especially in our business community. I briefly describe some of these initiatives below.

What are your thoughts on how we can develop a strong culture of innovation? In fact do we even need to do so? Why is a country of 5 million people – Finland — a perennial innovation leader? How can we equip students with the skills they will need to thrive in the knowledge economy?

I look forward to receiving your thoughts on these and other issues in what I hope will become our ongoing discussion about innovation.