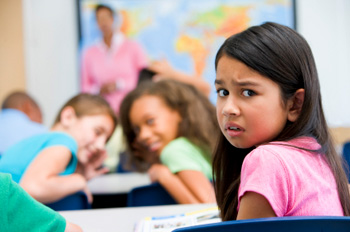 Cyberbullying can be defined as hostile or aggressive behaviours performed through technology that are intended to harm or inflict discomfort on others.1  It can have varied consequences on victims, such as low performance at school, social isolation, self-harm, low self-confidence and depression.2

This behaviour has gained prominence due to reported cases of suicide linked to cyberbullying. Seven cases of suicide, including two in Canada, of teenagers that were victimized physically and then continuously victimized online, such as embarrassing photos posted on Facebook, were reported by the media in the past year.

It can have varied consequences on victims, such as low performance at school, social isolation, self-harm, low self-confidence and depression.

One of those recent suicides prompted a new law to combat cyberbullying in Nova Scotia. Justice Minister Ross Landry implemented a Cyber Safety Act, with the aim to hold cyberbullies, or their parents if they are minors, responsible for their actions.3  The introduction of legislation can help to protect victims in extreme cases like the ones that led victims to commit suicide. However, and considering that cyberbullying can take varied forms with different degrees of severity, it is important to consider the actions that can be implemented to prevent the occurrence of cyberbullying.

As a PhD candidate at the DeGroote School of Business, I have conducted an analysis of cyberbullying and some of the steps that victims and regulators should take to deal with it.

Parents can also supervise their children’s behaviour online and teach them adequate norms of behaviour in the cyberspace (i.e. netiquette).

Once cyberbullying has occurred, victims can use technology (e.g. blocking bully’s contact) or ask someone for help as a means to reduce cyberbullying’s negative consequences for their well-being.5  However, it is important to note that victims tend to contact friends above other people such as parents or teachers as they fear to lose privileges (e.g. internet access).6 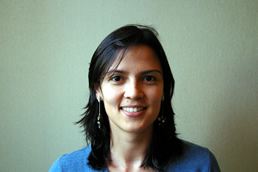 Additionally, victims may believe adults will not understand what happens in cyberspace and may simply ask them to ignore the situation.7  This belief highlights how important it is for adults to actively work to understand cyberbullying and its harmful impacts, as well as to educate children about the consequences of their actions offline and online.

Sonia’s research into cyberbullying will continue this fall.