The last year has forced us to rely on technology in multiple ways. With most people working from home and using their devices to stay connected with their communities and loved ones, more of our data is available online than ever before.

This discussion will be moderated by DeGroote Professor, Milena Head. Following the discussion, Milena will conduct an audience Q&A with the panelists.

This webinar is open to all DeGroote and McMaster alumni and community members. 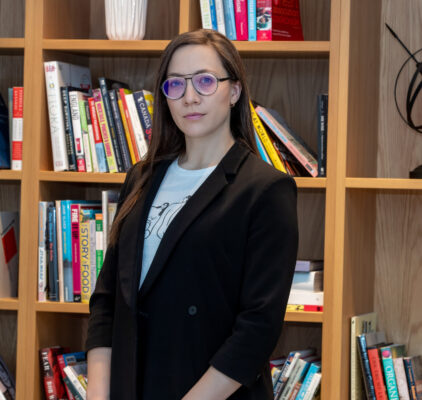 Vass Bednar is the Executive Director of McMaster’s Master of Public Policy in Digital Society Program. She is an interdisciplinary wonk focused on ensuring that we have the regulatory structures we need to embrace the future of work and new ways of living. As an enthusiastic and perpetual student of the policymaking process, she has held leadership roles at Delphia, Airbnb, Queen’s Park, the City of Toronto, and University of Toronto. Vass is recognized as a creative, data-driven thinker and was the Chair of the federal government’s Expert Panel on Youth Employment. A graduate of McMaster University’s Arts & Science Program, Vass holds her Master of Public Policy (MPP) from the University of Toronto and successfully completed Action Canada and Civic Action DiverseCity Fellowships. Passionate about public dialogue, she was also the co-host of “Detangled,” a weekly pop-culture and public policy radio show and podcast that ran from 2016-2018. She currently writes a newsletter about Canadian startups and public policy called “regs to riches” and was recently recognized as an outstanding alum with a McMaster “Arch” award. 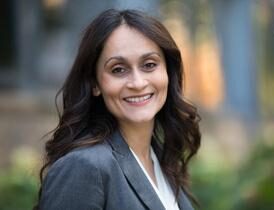 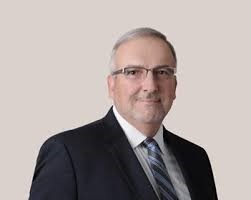 John Pecman is a Senior Business Advisor in the Competition, Marketing and Foreign Investment group at Fasken. He served as a Commissioner of Competition at the Competition Bureau Canada from June 2013 until May 2018. Having served at the Bureau as an investigator, manager and executive, John’s career spanned over 34 years in the public service.

Under John’s leadership, the Bureau worked to preserve and enhance competition in many areas of the Canadian economy, including the pharmaceutical, manufacturing, telecommunication, digital and retail sectors. During his time at the Bureau, John lead a restructuring of the organization as well as advanced guidance for business corporate compliance programs.  He improved Bureau transparency to promote a more efficient and responsive agency, and better inform Canadians about its work.

As Commissioner, John was a member of the executive bodies of the Organization for Economic Co-operation and Development (OECD) Competition Committee and the International Competition Network (ICN). He also served as ICN-OECD Liaison to ensure coordination of the work by these two international bodies. Currently, John is a Non-Governmental Advisor to the ICN, a member Business at the OECD Competition Committee, and a member of the Policy Task Force for the American Bar Association Antitrust Section.

John holds an M.A. from McMaster University in economics. He is currently a Senior Fellow with the CD Howe Institute, Competition Policy Council and a TMX Industry Professor for DeGroote Business School at McMaster.

Dr. Milena Head is a Professor of Information Systems at DeGroote, the Wayne C. Fox Chair in Business Innovation and Academic Director of the EMBA program at the DeGroote School of Business. She specializes in electronic business (eBusiness) and Human Computer Interaction (HCI), having published over 100 papers in academic journals, books and conferences. Her research interests include trust, privacy and adoption of electronic commerce and new technologies; interface design; and cross-cultural, gender and age issues related to technology use. She also examines the potential negative impacts of technology, including identity theft, techno-stress and cyber-bullying. Milena has received numerous teaching and research awards and is frequently called upon by the media and by community groups to speak about her research.

Beyond her academic roles, Milena has acted as a personal consultant on topics of eCommerce strategy, usability and fraud management, and has been an invited speaker at numerous corporate events and meetings. She also developed a senior MBA course at the DeGroote School of Business in partnership with AT Kearney, enabling students to work with real clients on real consulting projects.

Leading in Health: “Advocacy as a Resident Physician: Being a Little Fish in a Big Aquarium”

2030: How today’s biggest trends will collide and reshape everything

Equity, Diversity, and Inclusion in the Workplace: Key Principles and Practices