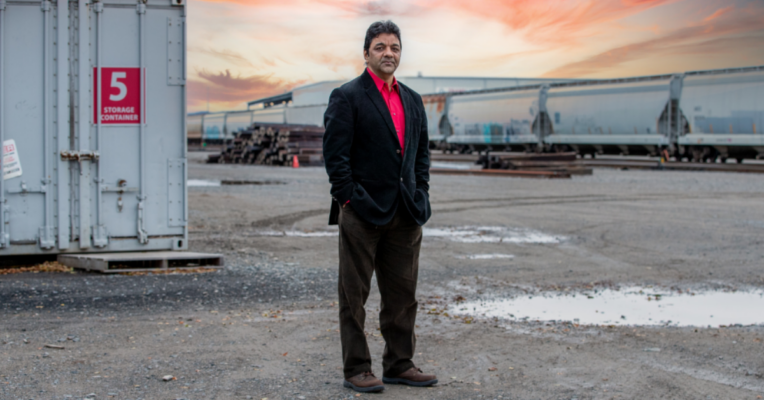 Manish Verma is an associate professor of operations management in the DeGroote School of Business. A large part of Verma’s focus in the last 15 years has been assessing risk on North American railroads. (Photo by Georgia Kirkos/McMaster University).

Every year in Canada, millions of shipments of hazardous materials, whether it be crude oil, radioactive waste or petrochemical products, make their way across this country.

“Given our industrial lifestyle, we do need them as part of our day-to-day existence,” says Manish Verma, an associate professor of operations management in the DeGroote School of Business.

“Obviously, the challenge here is that typically the production sources for these materials are often away from the consumption point.”

It’s that inherently risky journey from production point to market that the transportation expert wants to make safer.

While his research lies in logistics and supply chain management, a large part of Verma’s focus in the last 15 years has been assessing risk on North American railroads.

Several federal funding agency grants have allowed him the opportunity to think of new mitigation strategies, and determine the best ways involved parties can respond when accidents happen.

And they do happen.

“We do have numerous unreported episodes involving small spills and incident episodes across the continent,” says Verma.

The researcher was called upon for his insight in the aftermath of the deadly unmanned train derailment in the Quebec town of Lac-Mégantic in July of 2013.

Forty-seven people died after 72 tank cars carrying light crude oil rolled downhill into the town, setting off a series of explosions and a massive fire that saw 2,000 people forced from their homes.

An investigation into the tragedy later highlighted a problematic repair to the train’s lead locomotive engine, a lack of sufficient handbrakes used to park the train and insufficient training for Montreal, Maine & Atlantic staff.

Verma says the tragedy serves as an example of why he has been advocating for years for layers of risk mitigation in transporting hazardous goods.

Starting with a blank slate

But to figure out what those layers of mitigation should look like meant he first had to decipher all the areas of risk that come with freight shipping —  no easy task in Canada where railroads are privately owned and controlled, and those companies aren’t obligated to share data about their shipments.

“Whatever research they had done, they were not willing to share that with us. So, we sort of ended up starting basically on a blank slate, if you will, just trying to study the system,” says Verma.

Trains can carry a high volume of hazardous materials and the nature of their accidents can vary, thanks to a changing number of railcars, different areas on the train where hazmat materials may be placed and whether or not those materials are released during an accident.

And of course, a train’s route determines the level of risk for the environment it passes through and the people in it.

“Anywhere in the world, rail tracks are built to connect population centres,” says Verma. “It is great for passenger transportation […] but if you’re using the same set of tracks to move freight, and especially hazmat freight, then it is pretty high risk.”

In a study, Verma, along with his research team, took those risk variables — and many others — into account and, using data subsets, developed a framework that could be used to assess risk from rail hazmat shipments.

The framework can project fiscal risks, and risks to the environment and populations should something go wrong. That data can then be used to figure out what strategies could work best to lessen that risk.

“We focus specifically on sort of devising strategies or techniques that could be used to avoid catastrophic accidents, such as the Lac-Mégantic episode,” says Verma.

Another part of Verma’s work is demonstrating to rail companies and government entities that adopting those strategies or techniques is a smart move.

The first layer of risk mitigation he proposed? It was a simple one, says Verma.

“We showed them the risk of choosing the shortest path approach […] all we were doing was just sort of suggesting that they try and take longer routes, which will be a little bit costlier, but it will reduce risk.”

But getting companies on board could be a challenge concedes Verma.

“If you want to encourage railroad companies to avoid these population centres you have to give them some incentive.”

Verma proposes federal regulators could build additional tracks and charge companies a subsidy rate to use them.

“Of course, it will cost money and someone has to pay that money,” says Verma.

The researcher has also outlined major planks in an emergency response network for rail accidents.

He says the Lac-Mégantic disaster again serves as a lesson in this area. “They realized that they did not have enough equipment to respond.”

By applying the risk framework he created, Verma says proper stockpiles of equipment, facilities and emergency personnel could be placed at sites where accidents are more likely to happen.

And there is potential for increased rail hazmat risks, or even an emergency scenario in the not-too-distant future with the cancellation of the Keystone XL pipeline, says Verma.

The pipeline would have carried crude oil from Alberta to the U.S. Gulf Coast. And now, getting oil out of the landlocked province will mean a heavier reliance on rail.

“The cancellation of this pipeline deal, that is problematic,” says Verma.

And the possibility of another rail disaster like the one in Lac-Mégantic?

“Given our reliance on energy, and the need to move things. It could happen,” says the researcher.

“So, these mitigation strategies and catastrophe avoidance strategies, all of them acknowledge that we are going to continue pushing shipments to the railroad network, but how can we make it relatively safer compared to what’s happening right now?” says Verma.

This article was first published on Brighter World. Read the original article. 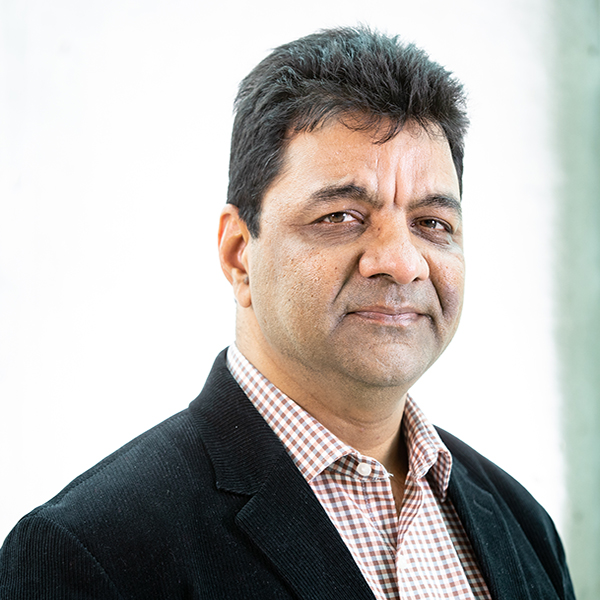 Manish Verma is an Associate Professor of Operations Management in the DeGroote School of Business at McMaster University. He has an MBA and a PhD in Business Administration with Operations Management/ Management Science specialization, both from the Desautels Faculty of Management at McGill University. His research interests are in multimodal transportation of dangerous goods, risk assessment, network design and planning issues in transportation, humanitarian logistics, green supply chain management, and disruption/ resilience in transportation systems. His current research engagements focus on safety and security issues in freight transportation and on humanitarian logistics, and are funded by Natural Sciences and Engineering Research Council (NSERC) and Social Sciences and Humanities Research Council (SSHRC) grants. His works have been published in leading international journals in transportation, and in operations research. He has been approached by media to comment on railroad accidents of dangerous goods.

Local Organizations Benefit from MBA Pitching in for Charity Event

Back to Mac: Student Guide to Winter 2022