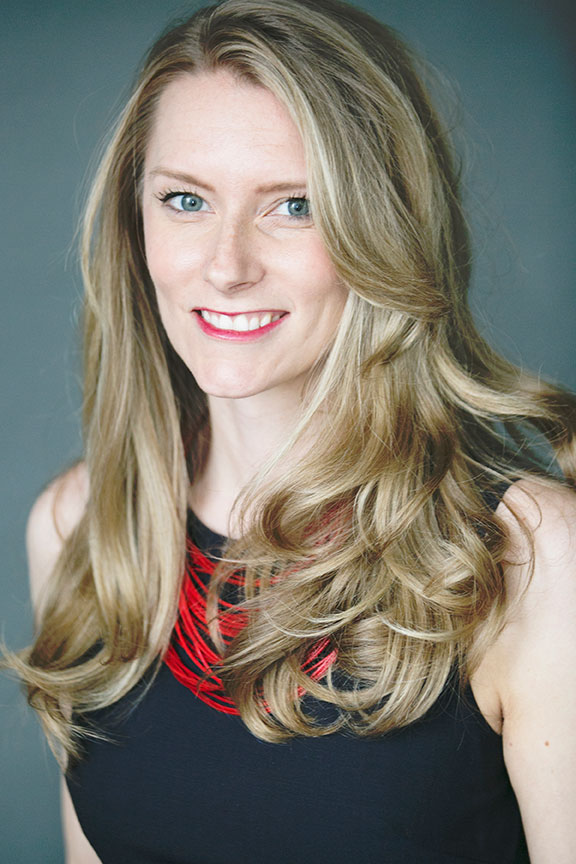 Anne Connelly, MBA ’10, is passionate about blockchain technology and harnessing its potential to transform lives. She works with blockchain consultancy Ledger Labs in Toronto and has presented at events and conferences around the world about blockchain’s impact on developing countries. Connelly was selected as one of 80 participants at Singularity University’s Global Solutions Program in Silicon Valley, teaching entrepreneurs to use exponential technologies to solve problems that impact over one billion people around the world. She previously worked with Doctors Without Borders in Central African Republic and DR Congo and was honoured as one of CBC’s 12 Young Leaders Changing Canada.

Below, Connelly describes her enthusiasm for blockchain technology and how she hopes to contribute to solving some of the world’s most complex problems:

You began your career with a global health organization and have since transitioned into technology. While you are still focusing on global issues, share what influenced you to change careers.

As I grew in my career and as an individual I began to appreciate that there are many paths you can take to arrive at the top of the mountain. Global development is a complex issue and one that many people are very passionate about. However, passion doesn’t always translate into effective action for the long term and this was the basis for the shift in my approach.

A good example of this principle is used clothing donations. Canadians feel good giving their used clothes to charity boxes, however most of these clothes are shipped to Africa and sold in local markets. In the short term, it’s a positive, as people are able to purchase clothes at low prices. But in the long term, the rampant availability of cheap used clothing kills local garment production, eliminating jobs, pushing people into poverty, and ultimately requiring them to buy cheap used clothes, which drives up demand in the market and perpetuates the cycle.

Having worked in for non-profits and experienced the difficulties of consistently working in an under-funded system, often treating the symptoms of the issues, I began to look at the impact that private enterprise could have on poverty eradication. I quickly discovered bitcoin and the world of digital currencies. While most in the crypto community at that point were passionate about the functionality of the technology itself, I was passionate about its potential impact, particularly in developing economies where the bulk of the population is unbanked and governments were poor managers of their own financial systems.

The first use case of bitcoin for me was the most simple – immigrants sending money home to their families in foreign countries. The international remittance market alone is three times that of the international aid industry, with more than $582B sent overseas every year. With most people sending funds to family via Western Union and others like it, more than $46B was being lost in fees every year. Cryptocurrencies could eliminate the middleman, putting that money directly into the hands of the people who needed it most.

With this in mind, and the realization that I had stumbled on a technology that was potentially more revolutionary than the internet, there was no turning back. Not to say that it wasn’t an extremely difficult decision to make at the time. There were very few jobs in the space, and I had to turn down real opportunities in my previous field to pursue a career in blockchain. I have made sacrifices to make the switch, but being involved in the growth of one of the most innovative technologies in the world today makes me excited to get up every morning and share my passion with the world.

How did you become passionate about blockchain technology? And how has this technology influenced you?

My early interest in blockchain was nurtured by the incredible community of people in Toronto and around the world. People who passionately believed in the technology long before it was adopted by industry and government, when it still carried the stigma of crime and drugs. These early meetups of ten or twenty people in jeans and hoodies incubated incredible technologies like Ethereum and grew to become the events of today with hundreds or thousands of attendees, many wearing suits and ties. The community is still active today helping others understand the power of the blockchain and enabling its growth across a multitude of industries.

As a woman, working at the intersection of finance and technology has not been without its challenges. However, I hope to set an example for others who might have never previously considered a career in this industry or another in the STEM fields. Working in a space that you are truly passionate about leads you to find inspiration in those working right around you. With the mentality that we all benefit from a rising tide, the community generally supports one another, all working towards the same goal of advancing and spreading adoption of this innovative technology.

How do you see blockchain helping solve the world’s most multifaceted problems?

From an enterprise perspective, blockchains are going to be the bedrock of almost every industry that conducts transactions of value. Think well beyond pure finance into supply chain, governance, insurance, healthcare, extraction, and entertainment. Its ability to create trust in transactions between untrusted parties streamlines processes and effectively eliminates the need for whole industries that have provided that assurance in the past.

More importantly, blockchain is enabling whole new levels of digital global collaboration. It will be the backbone of voting systems, of decentralized, citizen-led governance, and of virtual economies. It’s ushering in new possibilities for massive transparency, reducing corruption, and providing ordinary citizens with economic freedom from governments forced upon them that don’t necessarily represent their interests. Blockchains provide the technological basis to effectively coordinate a post-nation state world.

Technology, business and the digital landscape are merging together at a fast pace. What skills do you think students and young graduates need to learn in order to keep up with the evolving work landscape?

Exponential technologies like blockchain, artificial intelligence, and robotics are going to completely change the employment landscape. More than 50 per cent of Canadian jobs will disappear in the next ten years alone. The most critical skill for students to learn is adaptability. Workers will be consistently replaced by software and machines – including workers in many white collar industries like law, medicine, and accounting. Remaining employees will need to work well in this new environment, collaborating with these technologies. Those who are cut will need to quickly retrain themselves to meet new market demands. The concept of a single lifelong career no longer exists.

At the same time, the arrival of many exponential technologies also provides significant opportunities for those who can predict the future needs of the world and start businesses to address them. There will be many benefits that will also come from this innovation. Benefits like drastic reductions in energy costs, the eradication of genetic diseases through human genome engineering, and commercial space travel and life outside of Earth. MBAs who are about to launch their careers in this dynamic world should expect that the only constant will be change. 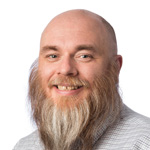 What makes a blockchain effective is a blend of encryption, distribution and consensus building.  The way a blockchain works is that a block of data is created and a record of that block is distributed to a number of volunteer trusted sources called maintainers. Then, as the item represented is manipulated, the record of that change is added to the original as a new block. When this new block of data is added, encryption is used to insure that the two blocks become linked and that the nature of the old and new blocks are inextricably tied together using encryption. Then this new block is circulated to the blockchain maintainers. At no time is a block edited, all changes are appended and signed using encryption. If a block is edited, the maintainers have the ability to detect a change and reject it before it is adopted into their network.

While the process sounds too simple to be secure, by using this distributed system and by allowing the ledgers to be publicly viewable, fraudulent insertions are virtually impossible. So what you end up with is a decentralized but highly reliable way to insure the accuracy and pedigree of any type of data. Whether tracking cargo containers, diamonds, or dollars, blockchains are a powerful tool for protecting transactions.

2 thoughts on "Our link to the future: How blockchain is transforming the digital space"