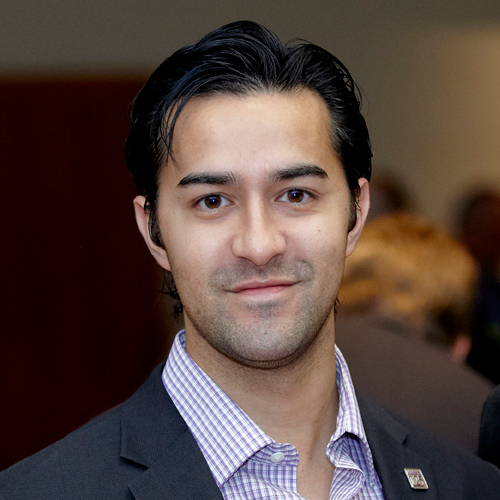 Many business students know – or think they know – exactly what they want to do with their careers. Mark Stewart (MBA ’10) says, “It took a BA, an MBA, and my first corporate job before I knew what I really wanted to do.” It’s perhaps the last place you’d expect to find someone with a business degree: the Art Gallery of Hamilton. Stewart is now Director of Commercial Activities at the Gallery, a position he has held for over four years, responsible for the revenue-generating activities of the Gallery.

Upon graduating with an MBA from DeGroote, Stewart embarked on a traditional career in corporate finance, landing a position at GE Capital. Just six months later he made the switch into the arts sector – a decision he does not regret. Stewart is part of an often overlooked group of MBA students and grads whose undergrad degrees are in the arts and sciences. His combination of BA in history and a master’s in business administration is not as rare as many might assume, and it has served him well in his current role.

Stewart’s time as President of the MBA Association (MBAA) stands out for him. “I wanted to be a role model and a voice for my peers,” he says.

On top of his academic responsibilities and MBAA activities, Stewart found time to launch Flyprint, a branded clothing and merchandise company, with a few fellow MBA students. They recognized that there was a demand for DeGroote-branded clothing and a gap in what was provided through the campus bookstore. Stewart still owns and operates Flyprint today and enjoys a healthy relationship with the various student groups on campus.

Giving back to the university was never a question for Stewart. An active alumnus since graduating in 2010, Stewart is a common sight on campus speaking to students and prospective students. 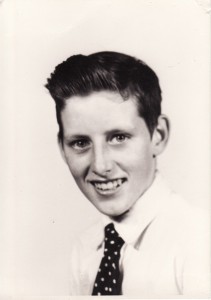 He is also a teaching assistant in McMaster’s Master of Communication Management program. For the last two years, Stewart served as president of the McMaster University Alumni Association and was recently appointed to McMaster’s Board of Governors.

In addition to all of that, Mark finds time to help his global community as well. He serves on the Board of Directors of Empowerment Squared, a Hamilton-based charitable organization with a commitment to promoting education, and combating injustice and conflict within immigrant, refugee, and other underprivileged communities.

But Stewart wanted to do more. In 2014, he established an award for second-year MBA students. Named for his father James M. Stewart, the award is earned by a student who has demonstrated the application of their academic and extra-curricular experience toward community service in the Hamilton and McMaster communities.  Stewart wanted to honour his father’s commitment to community service and recognize that same commitment in DeGroote’s MBA students.

Mark Stewart’s commitment to the DeGroote community means that students will continue to benefit from his generosity of time and enthusiasm for many years.