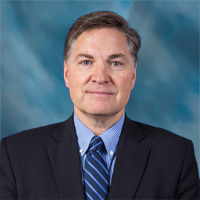 As a McMaster commerce student in the late 1970s, Don Simpson found his escape in rock music, particularly the convention-breaking, eardrum-bursting sounds of the era’s punk bands. But amid the angry arias of the Ramones and other groups, Simpson harboured a quieter, equally intense ambition – to build a richly diverse business career after graduation.

Little did he know he could combine both sides of his persona. 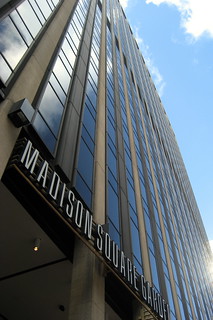 Today he occupies one of the top live-entertainment jobs in North America, as executive vice-president, productions, for Madison Square Garden Entertainment in New York, where he oversees MSG’s high-stepping Rockettes and Cirque de Soleil performances.
It is the latest stop on a career that has carried him through the roles of chartered accountant, hospital supplies salesman, beer company marketer, and to long service in the trenches of show business.

His story demonstrates it is possible, in a career, to harness passion and reason – to develop an ear for what you love, but also an eye for what works. In business, there are times when “you have to think with your head, not your heart,” he says. “You see things you love – and you see them as your pet projects. But if you’re not going to have success, at the end of the day you have to cut your losses and move on.

“When we book bands, we have to think about what people want to see. Some kinds of music may not be my favourites but if people like them, we have to listen.”

And he does a lot of listening in a job that encompasses not only Madison Square Garden, its arena and theatre, but also Radio City Music Hall and its Christmas Spectacular featuring the Rockettes – an annual mainstay that sells a million tickets in New York. There are also the touring properties of Radio City, as well as New York’s Beacon Theatre; the Chicago Theatre; the Wang Theatre in Boston; and most recently, the Forum, the sports arena-turned-concert venue in Los Angeles.

If reason guides his programming choices, passion is evident in his premises in the office building adjoining the Garden. On one wall is a photo of the wooden soldier routine from the Christmas Spectacular; on another, the Rolling Stones, circa 1969, on the MSG stage. Then there is a shot of various New York Rangers celebrating on the ice, and beside it a big Canadian flag.

“You can take the boy out of Canada but not Canada out of the boy,” he says.
He is also willing to raise the flag for the DeGroote School of Business , which gave him the basics of business, including an appreciation of financial numbers. He used this as a foundation for a career that went much beyond his roots in accounting.

His story demonstrates it is possible, in a career, to harness passion and reason – to develop an ear for what you love, but also an eye for what works.

“I knew that finance, and understanding the financial implications of companies, were good things to have, but I didn’t want to be a pure accountant just sitting there doing the numbers,” he says.

After graduation in 1979, he spent valuable time in public accounting but then seized opportunities to widen his skills as new gigs appeared. When he took a job in hospital supplies, he learned about business-to-business sales. When that company got taken over, he wanted experience in selling directly to the public, and he landed a job with Molson, first as a comptroller and then in sales.

He was ready to shift roles when Molson started up an entertainment company, MCA Concerts Canada, and that is where his career morphed into more operational and strategic tasks. “I got into operating and how to run everything, like putting on a show – you set it up, give the show, tear it down and get people in and out of a venue.”

In a career of emotional highs, the biggest one was probably 20 years ago when he led the building of the Molson Amphitheatre, the concert venue on Toronto’s waterfront. “It was a huge labour of love,” he recalls, as he remembers watching proudly the venue-opening show with Bryan Adams and 16,000 people going crazy.

But a change of company ownership seven years ago left him on the outside, having had a hand in running the concert business for 15 years. A new owner wanted its own person in charge, and there was an amicable parting. But a former colleague called from New York, and Simpson moved down to Madison Square Garden in early 2008, to help run some of the highest-profile stages in the world.

Through it all, the DeGroote experience was the fundamental building block. As he tells his own son, a recent McMaster MBA graduate (he also has a daughter studying communication at McMaster), “you cannot go wrong if you understand the business aspect of anything — the financial piece. If you can read a profit-and-loss [statement] and analyze it, it will be beneficial, no matter what job you’re in.”

“You can’t deal with John the same way as Joe and Sheila. Everyone is an individual. One of biggest things I learned was: As you manage more and more people, there are some to whom you have to give a little bit of a kick to get going. But if you do that with others, they might break down in tears or shut down. One single management style doesn’t work; you have to adjust to the individuals.”

It wouldn’t hurt to gain that understanding during the university experience, when students are taken out of the cocoon of home and parents, and thrust into a new, often confusing milieu, where they have to learn to adapt. Life lessons can be learned and reinforced in the classroom and outside. It is learning that can be applied later when students take on managerial roles in the workforce. “You get the boss who is screaming at you all the time and what do you do? Unfortunately, if the boss is a screamer, that next manager tends to scream at his or her underlings, and it tends to all roll downhill.

“But if a person is open and explains things, you tend to learn that routine and apply it to your people. Even understanding that aspect would be very beneficial.”

In describing the essence of managing people, he says, it should start with the concept that someone is a human being first, not just an employee. As well, “nobody works for me, they all work with me.”

Meanwhile, he is happy his career took the turns it did. People sometimes say that, as an entertainment manager, he is not doing anything for the world – and he readily admits he’s not finding a cure for cancer. Yet there are moments at the Rockettes’ Christmas show, as he watches happy families streaming out of the music hall, that he realizes he helps bring people together in moments of joy.

“We all have enough downs in life – it is fun to have the ups.”

One thought on "From the Ramones to the Rockettes: Don Simpson"