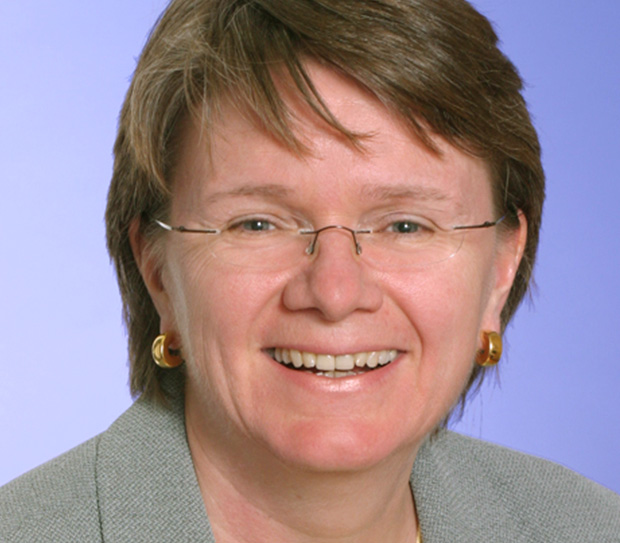 At 41, Mary Lou Maher was poised to take a giant step on her steady ascent through the accounting profession. Having earned her stripes in the audit practice of KPMG in Canada, she was ready to stride out on the national stage as the firm’s chief human resources officer.

But she needed one more conversation with the firm’s leadership before making the move. She had to come out as a gay woman.

If she were to become chief HR officer of a national professional services firm, and if she were not open about her sexuality, “I thought I wouldn’t be genuine. It all comes back to: I wanted to bring my whole self to work.”

That thought – and the hugely reassuring conversation she had with her boss — still resonates strongly, 13 years later, as Maher grapples with that same challenge: How employees can be themselves. Now it is not about her, but about all of KPMG in Canada’s 6,000-strong workforce.

As the firm’s chief diversity officer, her goal is to foster an environment where all employees – of whatever gender, sexual orientation, ethnicity or colour – are comfortable being who they are.

[Maher’s] goal is to foster an environment where all employees – of whatever gender, sexual orientation, ethnicity or colour – are comfortable being who they are.

She quotes the analogy of a consultant to KPMG: Some people put their masks on in the morning to go to work and they take them off when they come home. “They are exhausted,” Maher says. “They have had that mask on all day, and we are not getting the whole person in the workplace.”

If an organization can break down the dissonance between personal lives and professional masks, the better the chances that the organization will be “on fire” with people’s commitment, she says. And more likely, they will stay with the firm.

Speaking broadly on diversity, she maintains it is not corporate policies or hiring practices alone that maximize the potential benefits of diversity in the workplace.

“You can get the numbers,” she says, but the danger is that new hires could be gone in two years and that they will have not contributed to the firm. “You can hire diversity but inclusion is a choice. It’s how to keep them and get them to engage. That’s how you get to the benefits.”

This transformation, she says, is not accomplished through top-down approvals. It is about changing practices – in decision-making and bringing on partners, for example — but also in altering the conversations at the top and behaviours through the ranks. There has to be a comfort level for people to talk about who they are, and for people around them to talk about it with them.

The conversation is much easier now in the Canadian business community than in the early 2000s – when she was joining the national executive — but it could still get better. A lesbian woman at a social gathering might be asked if her husband is in attendance and she might explain that, yes, her spouse is here, and she is a woman. There can be moments of embarrassment as the others deal with the information.

“In the organization, I don’t want those kinds of conversations to be awkward,” Maher says.

In many ways, her personal road parallels the path of Canadian business over the past several decades. She comes from a farm family in a small southern Ontario community and grew up as a young woman with an aptitude for math. She was drawn to McMaster’s DeGroote School not just because of its quality business education, but because McMaster and Hamilton seemed an easier transition to urban life for a rural kid.

Indeed, when she arrived at KPMG’s Toronto office, people had to draw maps for her so that she could get around town. As a chartered accountant, she learned quickly on the job and the good assignments came in a business world opening up for smart women.

At one point, she was attracted to greener pastures. She was doing an audit with an investment bank and as she studied the payroll, she noted the salary scale was richer than in her field. She figured if the client ever offered her a job, she would go – which is what happened. But it wasn’t for her. She stayed nine months and returned to KPMG. She doesn’t regret the experience she gained from her exposure to the outside world.

Her sexuality remained a private matter. She did not come out to the firm because she knew it would be awkward for her and her colleagues. But when she became the top HR manager for KPMG, she felt so strongly that everyone should bring their whole selves to work that she opened up about her own sexuality. Fortunately, KPMG in Canada’s CEO at the time, Bill MacKinnon – one of her several mentors — put her at ease right away, and she has continued to get strong support from leaders in the firm.

With mental health as a growing issue across organizations, it has become another strong focus of her role.

She stayed in corporate leadership for 12 years as chief HR officer and then chief financial officer and, in 2013, moved back to a leadership role in the Toronto audit office. That same year, she took up the senior diversity post. It takes up 20 per cent of her time, leaving her to spend the rest of her day as the partner in charge of the Toronto audit practice.

It is a good fit, she says, because the operating role gives her something of a laboratory to execute the firm’s diversity initiatives. It gives her grounding in the practice, allowing her to say, with some understanding, that “this will never work in the real world.”

She sees herself as the internal-external expert on diversity, working with a newly struck diversity committee of partners. Through her appointment, she says, KPMG in Canada CEO Bill Thomas is saying to the market that the firm is serious about diversity – it is taking a partner, putting her in this role, and executing on a strategy. 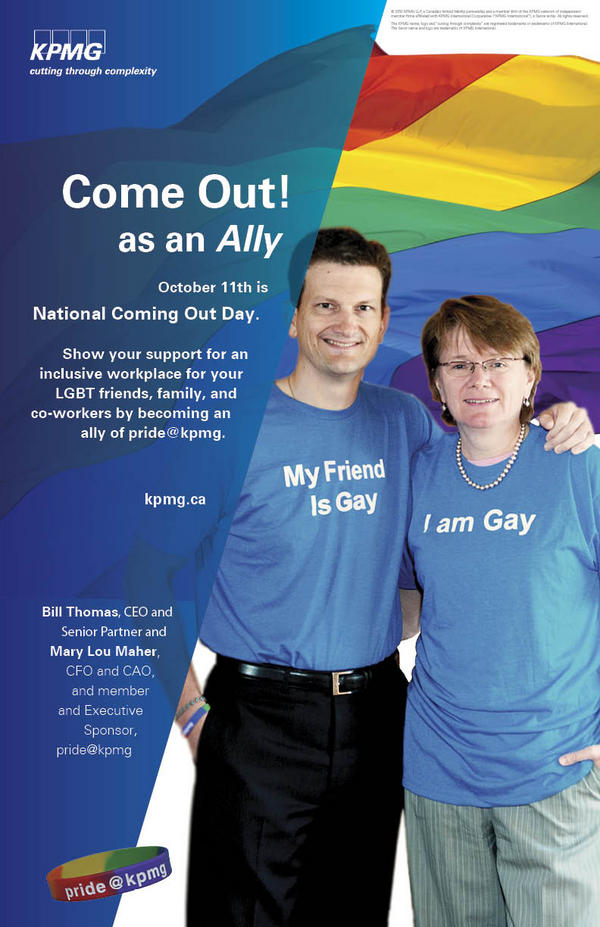 With mental health as a growing issue across organizations, it has become another strong focus of her role. “You see the research, one of five suffer from it, and if we look at what is going on in the firm, it is elevated.” In addition, she is active outside the firm as chair of Toronto’s Women’s College Hospital, and in her continuing responsibility as a leader in the lesbian, gay, bisexual and transgender community.

She is careful not to make sexual orientation her favoured child in the diversity portfolio, but sees it as emblematic of the wider mandate. She is proud of the fact that a lot of people now self-declare their sexual orientation in company surveys and they seem as engaged as anyone in the firm.

And there was the occasion several years ago, when the firm created a cross-Canada poster drive around what it called Coming Out Day! It was known as “the Ally campaign,” and a poster showed Maher and Bill Thomas, side by side, wearing blue t-shirts. Hers said “I am gay”; his said “My friend is gay.”

The poster spoke volumes, and it was a magical moment in her tenure as a member of the firm’s executive.