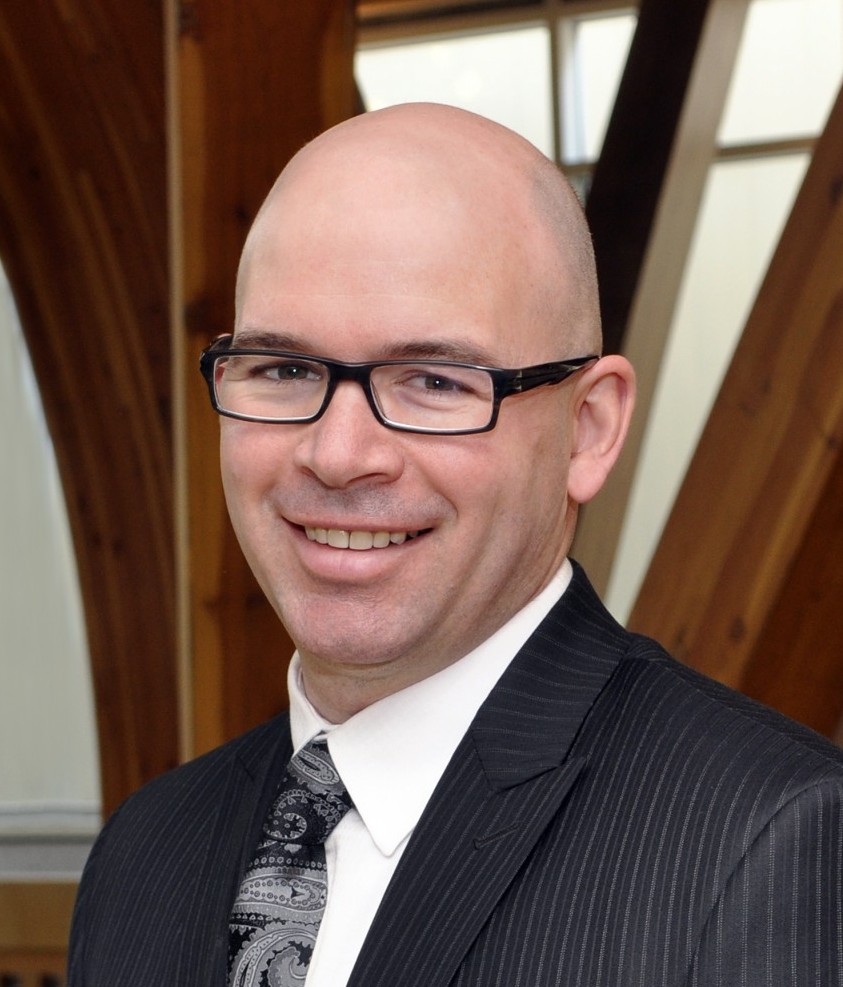 It started with the kids, and the mood of joy and expectation. There was the girl in her early teens, who came forward to say thanks for giving her the hope of walking some day.

The scene was the kind of event that happens every so often — the Ontario health minister was announcing a significant investment in the ErinoakKids Centre for Treatment and Development in Mississauga.

But for one young adviser accompanying the minister, it was a thunder clap — a life-changing event.

“As we walked down the hallway, all the children we were going to help were on either side of the hall shaking the minister’s hand,” Mike Heenan recalls, looking back 13 years. And then came that simple declaration of hope from the girl.

For Heenan, MBA ’08, that moment in 2002 affirmed that people can create change in the public service, and make things better for individuals and society.

It was pivotal in Heenan’s personal journey. As an economics graduate of McMaster University, he had been a political adviser to the Progressive Conservative government of the time, and found himself working with the health minister Tony Clement. Now he connected quite dramatically with the people whose lives depended on making the system better.

It helped form his decision to become a healthcare manager, which meant going back to school to get an MBA from the DeGroote School of Business at McMaster.

Now, at 43, he credits that move with a satisfying experience in several health institutions in the Toronto-Hamilton area — and now as vice-president for quality, strategic information and performance systems for St. Joseph’s Health Centre in Toronto.

The other revelatory moment came inside the system — as a manager with St. Joseph’s Hospital in Hamilton and working with a number of doctors on improving care for prostate cancer and urological disease. “Here were very intelligent people who said ‘We can do better’ and I helped them improve quality related to urology.” For him, “it showed I could a business lens to a critical care environment that helps everyone.”

Which is what he strives for today at St. Joseph’s in Toronto, where his core job focuses on quality, risk and performance. Developing systems to monitor and enhance performance is a big part of it.

“I’m the guy who looks at our numbers, our clinical performance, and works with doctors and nurses to improve patient care as the result of those numbers.” The other part is working with them to enhance quality with quality improvement tools.

He acknowledges that the path for healthcare managers, using the tools of data and analytics, has not been a straight line. There were times, early in his career, when he entered a room and the attitude from some was: “Oh, he’s here.” But now there is broad acceptance that the numbers can make a difference.

I am a big believer that you should use data to spark a discussion but not to drive it. Data should never be used in a punitive manner – they should shine a light on a process, so that all participants of that process can discuss how to make it better.

As a data-focused manager, he looks at two broad categories of numbers – utilization figures, such as volumes of patients and wait times, and patient safety data around things like the results of the hospital’s intervention and causes of death.

The key is how he brings the data into conversations. “I am a big believer that you should use data to spark a discussion but not to drive it. Data should never be used in a punitive manner – they should shine a light on a process, so that all participants of that process can discuss how to make it better.”

He senses a mood shift if you go in a room brandishing charts that underline performance deficits, or by proclaiming the group is falling short of benchmarks. “We are all human beings and we react differently to that type of thing.” Thus, his approach is to start a constructive conversation.

There has been a gradual acceptance that numbers can be used to shed light on improving care, as well as generating efficiencies to be reinvested in the quality of that care.

“The big thing I’ve seen is physician engagement in quality and patient safety is probably at a really high level now compared with 10 years ago,” he says. Certainly, doctors are entrepreneurs, often involved in single practice, but they also see themselves more as part of the team.

Heenan has some views on how you build the trust of the doctors and nurses around the table. “The number one thing is to listen and learn. At end of the day, I am not a doctor or a nurse; I am there to help the doctor and nurse. To understand their line of work and what is really important to them and the patients is the number one thing.”

As a lecturer at the DeGroote School of Business, he tells future health care leaders not to just read the textbooks and walk into an institution assuming they know what to do. What he accomplishes arises from “my ability to listen to doctors and nurses, to shadow them, and have a conversation about how we can get rid of the hassle factor so they can practice with greater scope. There is no substitute to observing real life.”

Does he ever regret not pursuing a career on Bay Street or in a private corporation where he would certainly make more money?

“The short answer is no,” he responds. He says he appreciates what he earns as a publicly paid executive — and the trust that goes along with it.

His role is to bring business concepts and practices into the public sector – “and I can go home every night knowing I can do that with a social aspect to my work.”

It was something he learned that day in Mississauga when he came face-to-face with his social mission.

Mike Heenan, MBA ’08, is the vice president of quality, strategic information and performance systems at St. Joseph’s Health Centre in Toronto. He is also a sessional lecturer at the DeGroote School of Business.