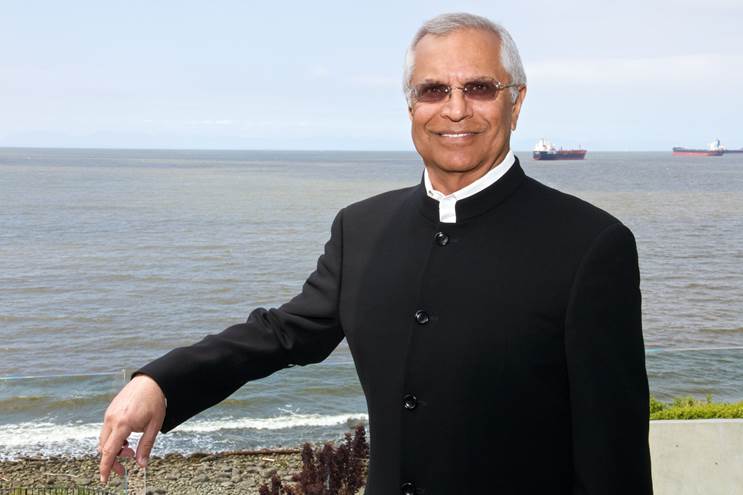 At 28, Mossadiq Umedaly was on course for a classically successful business career. Equipped with undergraduate and MBA degrees from the DeGroote School of Business, he was driven to become a partner at the national accounting and consulting firm where he worked.

But then, the request came. How would he like to help build a medical university, including a medical school, a school of nursing and a 700-bed teaching hospital, in Karachi, Pakistan?

Consider the choice – a stable, conventional career, versus a difficult assignment in a chronically dangerous part of the world. At that point, in the early 1980s, the Soviet Union was pouring soldiers into Afghanistan, igniting a firestorm of conflict that continues to this day.

But this was also an opportunity to do something that made a difference in the lives of people in the developing world — something to endure as a centrepiece in a global effort by the Aga Khan Development Network. For Umedaly, an Ismaili and follower of the Aga Khan, the university was a project that could make a difference for generations and be an opportunity to test his mettle.

Many people thought he was crazy for taking this job, he recalls, because he seemed on track for a strong and successful career in Canada.Working as a chartered accountant with important corporate clients suddenly seemed less important than serving a cause. “This was an opportunity of a lifetime – doing something significant from a clean sheet of paper, and I was so young.”

He took the job in Karachi and worked eight years in the Aga Khan Development Network. He was handed big responsibilities as chief financial officer for the project. It became an integral piece of his education in a career that, in recent decades, made him one of the foremost technology entrepreneurs on Canada’s West Coast.

The key is “doing things that are worthwhile, not just do things to make money. Making money comes if you do it well and if you do things that hold great opportunity to be world-class,” says the 62 year old, sitting in the living room of his West Vancouver home. The house sits at the edge of the Burrard Inlet as it widens into the Strait of Georgia – a tranquil oasis of still pools and sedate hues, reflecting the man who built and owns it.

The house is also a tribute to Vancouver, where he became a technology player — a builder of successful companies including Ballard Power Systems, a pioneer in clean fuel-cell technology, and Xantrex Technology, a leading player in power electronics for renewable energy. Along the way, he has been chairman of BC Hydro, and a director, investor and mentor in other institutions and enterprises – as well as adviser to governments, universities and NGOs.

But he makes a point of never revisiting his past. “It is one of my practices not to go back to see what has become of what I have helped start – and done, or could have done.” He doesn’t want to be disappointed. His successors have done very well but have inevitably imposed their own visions. “If you ever go back you might feel sad, because it’s just done differently.”

The one exception is DeGroote, and he is eager to share his experiences in a school that became his haven as a young student from Uganda. In the early 1970s, as the son of an Asian business family in the African country, he could sense risk in an era of political upheaval, and decided to study abroad. He was drawn to Canada, he says, by Pierre Elliott Trudeau’s vision of a “just society” and Canada’s positive role in the world.

McMaster attracted him with its reputation as a fine university. But he also liked Southern Ontario’s reasonable proximity to Chicago, where he knew his long-time sweetheart in Kenya had family members. That woman, Yasmin, would later move to Canada and become his wife.

He had originally intended to get a commerce degree and go back to build the family business which, in Uganda, was involved in diverse business such as insurance, electronics and real estate. But a year into his McMaster education, the tyrant Idi Amin expelled Uganda’s Asian population and Umedaly’s family joined him in Hamilton. Later, he helped them move to Vancouver.

These economic convulsions influenced his academic choices. As he attended McMaster’s career nights, he was impressed with the sane practicality of Canadian chartered accountants. “You could see the value they could add, and I needed a job, a profession that you could actually market.”

More than that, McMaster opened its arms to this young international student. He found a mentor in the dean of students, Leslie Prince, who “would do anything to help you.” At one point, Prince helped Yasmin come to Canada to study. Even though Umedaly did not have a Canadian driver’s license, Prince lent his own vehicle so the young student could drive to Brock University to get Yasmin’s student application in on time.

What Umedaly got from DeGroote was “a skill set I could be confident with. I could walk anywhere and know that I knew the subject matter.” And the co-op MBA was a godsend to someone who needed both training and an income.

More than three decades later, Umedaly feels universities can play an even bigger role in helping mould leaders. To some extent, there are natural leaders, but “you can encourage leadership in the way you teach and the way you do assignments.” He is adamant that while leaders should be visionary and inspirational, business training cannot stray from a grounding in real-life execution.

Was there something he wishes he had learned at business school? At that point, he felt the school was training people to be employees, as opposed to independent entrepreneurs and broad thinkers. “All the teaching and assignments were geared to making you an excellent employee who met the boss’s expectations and managed risk well.” 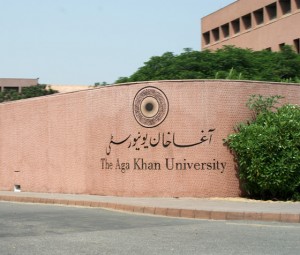 That was not his style – he had been bitten early with the entrepreneurial bug. After his work for the Aga Khan, he settled in Vancouver. He worked a bit in property development before bumping into an old friend, Firoz Rasul, who had just become the CEO of Ballard. Umedaly joined the fuel-cell company in 1990 as vice-president and chief financial officer. Ballard was in its infancy but held great promise as the world looked for clean, efficient energy alternatives. In 1998, a debate developed over corporate strategy inside Ballard — now valued at $6 billion — and Umedaly left to help build another technology start-up. (As for Rasul, he is now President of the Aga Khan University in Pakistan.)

He then encountered Xantrex Technology, a small but promising power electronics company in the niche sector of test and measurement equipment. As chairman and CEO, he transformed the company into a world leader in renewable power markets. But he realized that to grow and achieve a global presence, it needed to be part of a larger organization. So he sold Xantrex to strategic acquirers Schneider Electric and Ametek for $500-million in 2008.

Umedaly did much of this while dealing with a lymphoid cancer and chemotherapy for the last ten years. Not long ago, he experienced a new challenge: the lymphoid cancer transforming into leukemia with a gene abnormality. He had a stem-cell bone marrow transplant, with his sister being the donor. “This is a miraculous treatment but it is also long and arduous. This is now my project — to be well again so that I can continue to do things that are worthwhile and that hold great opportunity.”

Looking back, he realizes that as a business person, he could have been more patient, and he had a tendency to burn himself out, as well as his employees and colleagues. And yet people he worked with became highly successful. “Even if they almost hated me for driving them so hard, they tell me how much their attitudes, their lives and standards have changed as a result of working with me.”

He acknowledges that his great strengths have been fearlessness and tenacity – which he has continually called on whether running a tech business or making the big choices in life.

6 thoughts on "Mossadiq Umedaly: A Career, Cause, and Battle with Cancer"