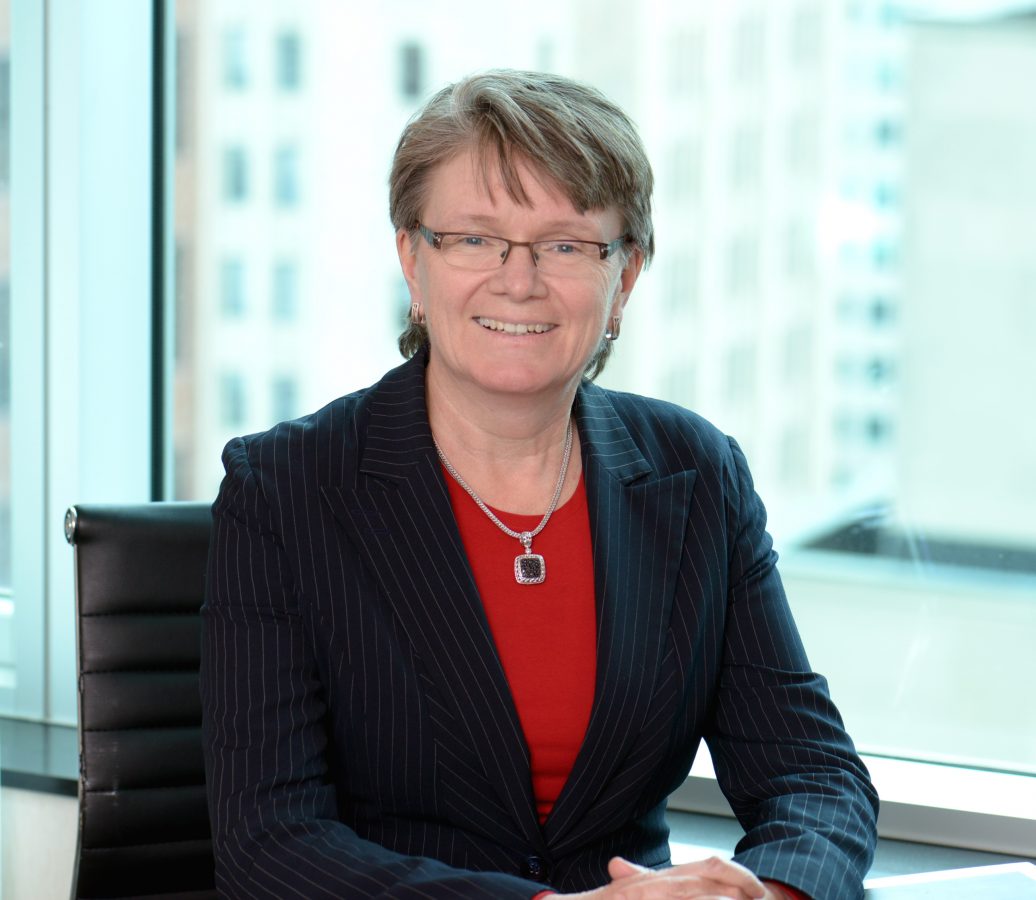 A promotion at KPMG motivated Mary Lou Maher to take a meaningful action – to come out as a gay woman to the firm. It was an important step along her path to becoming a leader in fostering inclusion and diversity in the global company.

Mary Lou Maher, BCom ’83, was a promising high school student with big dreams. But growing up in rural Ontario, she faced a seemingly insurmountable hurdle: Her family’s farm did not generate enough income to send her to university.

Then someone in the community stepped-up – the woman who ran the little post office at the four corners of the small hamlet of Colgan, Ontario. The postmistress advanced the funds to allow Maher to attend  business school at McMaster University in what seemed like a far-away place, Hamilton.

“Why she even had that amount of money, I don’t know,” recalls Maher, still marveling at this generosity from the woman who was also her piano teacher.

Forty years later, Maher is recalling this life-changing moment in her office high above Toronto’s Bay Street, where she is a Canadian Managing Partner, Quality & Risk Management, at KPMG, in addition to her role as Global Head of Inclusion & Diversity.

For Maher, this small-town postal official was the model of the selfless, motivated individual who wants to improve access to education for young people of all incomes and backgrounds. Now she is paying it forward as a highly-successful business alumna from McMaster.

Among her causes, she donates money to the DeGroote Experience Fund (DEF), which helps students gain critical learning experiences outside the classroom – in national and international competitions, conferences, leadership workshops, and other events.

For Maher, her involvement in the DEF “is important in giving students an opportunity – because someone gave it to me.”

It is just one of the ways Maher is supporting McMaster, her firm, and her community in groundbreaking ways – which helps explain why she is receiving the 2019 Wayne C. Fox Distinguished Alumni Award, given each year to recognize an alumna or alumnus whose personal accomplishments, reputation, and character have enhanced the reputation of the University.

The first in her family to attend university, Maher remembers the commitment in her late teens to pay back her debt to the postmistress. She did just that, but, she says, clearly moved by the memory: “Sadly, my last cheque was sent to her estate – but at least she saw me graduate.”

Maher has been repaying that debt in other ways. She does not define neat compartments of personal life, work, and community. Instead, her sense of social and economic justice spills into all aspects of her life. Throughout her career, she has held close the advice of her late mother, who on sending Mary Lou off to McMaster – as a self-described “country bumpkin” –  told her, “be yourself.”

McMaster turned out to be the perfect stepping stone between the family farm and her life today – a strong business school in a vigorous university that gave her critical tools as a chartered accountant and leader. She has moved through a variety of roles in KPMG Canada, not the least her promotion 17 years ago to become the firm’s Chief Human Resources Officer.

That promotion motivated her to take a meaningful action – to come out as a gay woman to the firm. It was an important step along her path to becoming a leader in fostering inclusion and diversity in the global company.

It was a case of shedding the “mask” worn at work – an analogy she borrows from a consultant to describe the many employees who feel they have to hide their true selves in the workplace. Her personal journey has run parallel to the mission of inclusion – in gender, sexual orientation, ethnicity, and colour – that she has championed in KPMG.

Over the past two years, she has moved up to broader roles. As Canadian Managing Partner, Maher is an important gatekeeper in the acceptance and retention of clients – a fascinating mandate in the age of legalized cannabis, when she has to study the risk to the firm in representing players in this emerging industry. That job also takes her back to the management committee at the top of KPMG decision-making in Canada.

She juggles that assignment with being Global Head of Inclusion & Diversity, from which she helps drive inclusion efforts among KPMG firms in 150 countries. The dual role involves heavy travel and learning the nuances of legal systems and cultures worldwide. It has made her proud of Canada’s relative openness, while not easing her alertness to remaining challenges, and the masks still worn by many people.

“One area we are focusing on is mental health and that is a huge task if ever there was one,” says Maher, who has been a prime mover in appointing a KPMG Chief Mental Health Officer  – an initiative that helps break new ground in Corporate Canada.

At 58, Maher is two years from her targeted retirement date and she can see a next career ahead as a volunteer and director. That will involve a bigger role at DeGroote, she hopes. “I want to be part of the School and the future of the School,” Maher says.

It will mean continuing the cycle of giving and gratitude that she first encountered as a teenager, stepping into that post office in small-town Ontario.