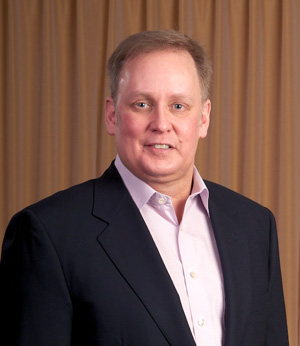 Steve Wilson has always been good about goals. When he was a young McMaster University commerce graduate 30 years ago, he set two targets: To earn a $100,000 annual income by age 30, and to become chief financial officer of a Toronto Stock Exchange top 300 company by age 40.

He accomplished both with time to spare. At a time when six-figure incomes were much more elusive for 20-somethings, he reached this level at age 27. He hit his second goal when, at 34, he was CFO of Husky Injection Molding Systems as it went public. And he was CFO of a TSX 60 company by 40.

Wilson has always exceeded even his own ambitious expectations. He recently retired as CFO of Shaw Communications at a youthful 51, and is now moving to his next stage — as a corporate director, community board member, and philanthropist.

Wilson’s career trajectory would be outstanding in any era. His story has been about setting high but achievable goals, gaining wisdom from leaders, enjoying what you do, but also having the courage — and confidence — to move on to new challenges as they present themselves.

And the basic ingredient is a strong grounding in fundamental business acquired in a top-notch commerce program.

Born and raised in Hamilton’s East end, Wilson felt McMaster University was a natural choice (as it was for his high-school sweetheart and future wife Tina). Not only that, the commerce program provided “a great degree in terms of being very focused on the requirements of understanding business.”

“It was really about the technical side: what are the things you need to know from a corporate finance and investment perspective,” he says, listing the basics he absorbed in accounting, finance, logistics, operations and organizational behaviour. The idea was:  “Let’s get all that in your mind, so as you move forward in your career, you have a tool kit.”

Later he was exposed to business case studies, and he agrees they are very good for that second stage after you have absorbed the fundamentals of business and, ideally, applied them through decision-making in the real world.

But you can’t become a great pianist by doing case studies on the piano, Wilson observes, with the insight of someone who has always had a passion for music and playing the piano.

“Who are the people you really want?… You focus your efforts on them and make sure they’re happy.”

After graduation, he went on to become a chartered accountant, articling at PricewaterhouseCoopers before working as a consultant for PWC in treasury management. Then he joined Husky, a global leader in injection molding equipment for the plastics industry — and that meant exposure to Husky’s visionary leader Robert Schad.

After serving as Husky’s company treasurer, he left briefly for senior roles in a telecommunications company, until Schad called him with an invitation to become Husky’s CFO. That move paved the way for hitting his CFO-by-40 target.

He learned a lot from that tenure. Schad, he explains, “is a genius and working for a genius is a great privilege.” It also gave him international exposure as the CFO of a truly multinational company with sales in 40 countries.” It was a great global learning experience,” he says.

It was the making of a leader, as he went beyond being the “numbers guy” to becoming a core member of the leadership team, and a potential successor to Schad. Also, he learned about nurturing other leaders. There are some fundamental lessons of leadership, he says, like “treat people like you would want to be treated and appreciate what people do.”

He learned, in his finance team, to focus on people he wanted to nurture and retain. Instead of trying to keep every employee, he knew he had to pick a core group — some were rising stars and others were mainstays of the business whom he could not afford to lose.

“Who are the people you really want? There are the growth ones and the stable mature ones who keep you out of jail,” he says. “You focus your efforts on them and make sure they’re happy.”

At Husky, the leadership team would sit down and try to map out the future of emerging leaders. Someone, for example, might spend three years as comptroller in robotics, before moving to a bigger unit. One young person might want to go to Hong Kong for three years, and Husky would try to accommodate. It was a good environment for leadership development because Husky had international subsidiaries — a good lesson for any young manager.

One of the toughest challenges is knowing when to leave — and in 2004, Wilson departed from Husky. Schad had predicted this day would come because, at some point, the job wouldn’t be big enough for the younger man. Wilson went to work for a larger company in a different industry — that meant uprooting family and moving from Toronto to Calgary to join Shaw Communications.

I just want to make sure I still have my time here to do things that make a difference, and to really enjoy them.”

During his decade at Shaw, he saw its market capitalization balloon from $5-billion to $14-billion. He was involved in some landmark transactions, such as the cable company’s acquisition of the Canwest media assets and, as recently as 2014, the $1.2 billion acquisition of a U.S. data centre company.

And he was privileged to be a witness to a technological revolution. Shaw had started out as a monopoly cable business, then ran into heavier competition from new broadband and mobile players. A turning point was the introduction of the tablet, which changed media-viewing patterns and shifted the ways the company made money (hence, the data centres). All the time, Shaw was engaged in a tough race with Telus, its Western Canada rival.

Wilson was comfortable financially at 51. By 2014, “I wanted to do other things that were fun to me.” He loved the business life but wanted to step off the treadmill. Wilson was also moved by the deaths of close friends at a relatively young age, including one Shaw Communications executive who was diagnosed with pancreatic cancer at 57 and was dead at 59. 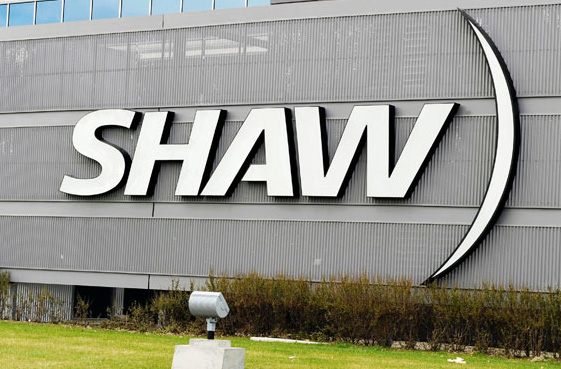 The Shaw family, which controls the communications giant, clearly felt indebted to its departing CFO. In an unusually warm announcement, CEO Brad Shaw, who had taken over the top job in 2011, paid tribute to Wilson’s personal guidance.

Now Wilson has set another goal — to live the life he now wants to lead. Part of his broader community involvement has included work with the University of Calgary and McMaster. His family supports a four-year corporate finance scholarship at DeGroote and two scholarships in McMaster’s music department. The latter two reflect the whole family’s interest in music. Steve also sat on the university’s capital campaign committee from 2007 to 2010.

“I just want to make sure I still have my time here to do things that make a difference, and to really enjoy them,” he says.

You have to think he just might hit this goal too.

Steve Wilson, BCom ’85, is now retired but was the CFO of Shaw Communications. He demonstrates that making goals and striving to achieve them makes for a fruitful career.

One thought on "Steve Wilson: A career of goals set and met, with one to go"

Reflecting on an Evening of Accolades 2022 | Celebrating Alumni Excellence