Mariner Endosurgery is bringing the next wave of technology into the operating room. One of the brains behind this transformative shift is DeGroote MBA candidate Mitch Wilson.

The company’s newest medical device, LaparoGuard, was developed in part by Wilson. It was created out of the need to support new surgeons in the operating room, and brings together machine learning, robotic assistance, and advanced visualization. 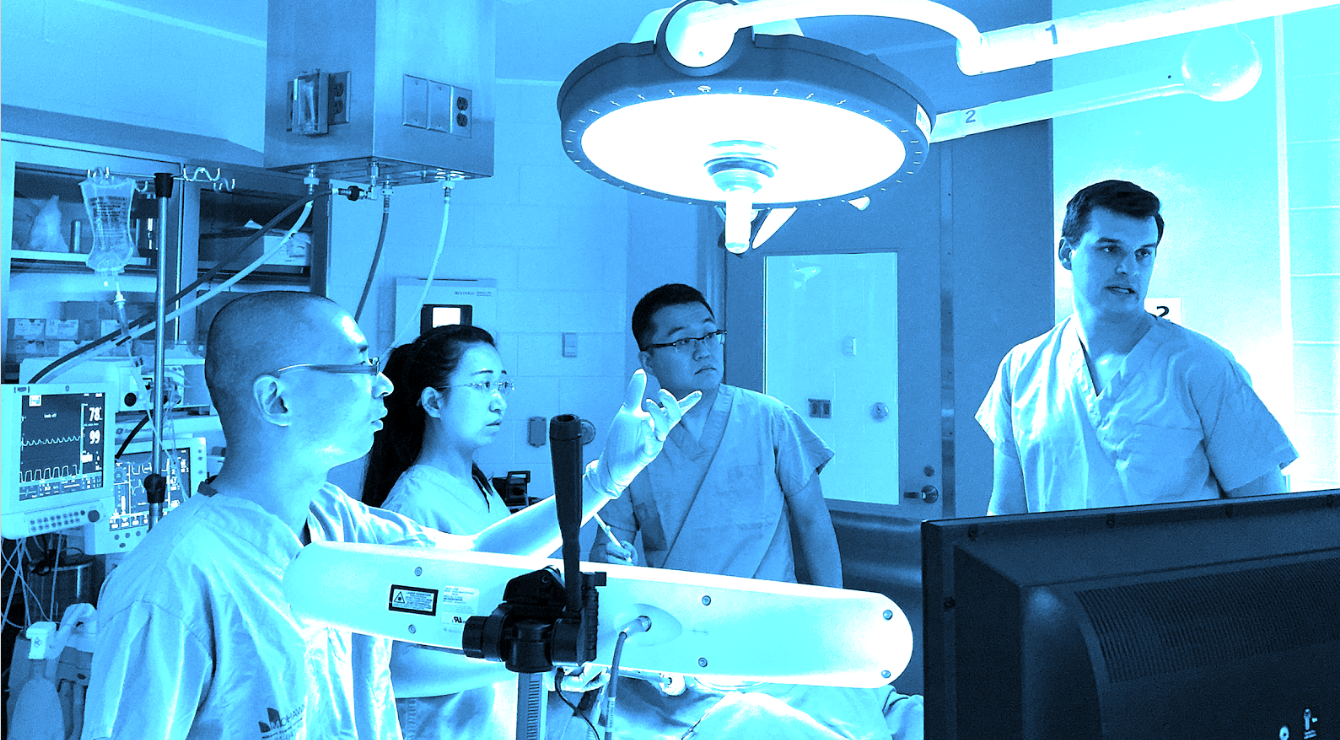 Laparoscopic surgery is a relatively modern technique in which complex operations are performed with small instruments via tiny incisions. It’s less invasive, but performing surgery laparoscopically has its limitations. There are blind spots and areas where surgeons do not have a clear view.

LaparoGuard is a safety tool that can alert surgeons when their tools and instruments have moved beyond their field of view. The medical device should help eliminate inadvertent collisions and burns, increase performance, and reduce operating errors, Wilson explains.

Since childhood, he felt he was destined for innovation and transformation.

“My father was an industrial electrician. He got me into hobby electronics. I built robots and rockets, and have had from a very young age supportive parents who recognized my interests in programming and computers. That sowed the seed for innovative thinking,” says Wilson.

After graduating from McMaster’s Life Science program in 2009, he became a high school science teacher. However, Wilson was finding more fulfillment running a side business than in the classroom. In order to bridge his undergraduate degree and his passion for business, he took the leap from standing at the front of a classroom to once again sitting behind a desk as a student.

It was as a student at the DeGroote School of Business where Wilson met Dr. David Langlois, the driving force behind Mariner Endosurgery who had already completed several prototypes. They met through connections at The Forge at McMaster’s Innovation Factory. Their partnership eventually led to the development of LaparoGuard. Wilson knew he wanted to build something for a broader population in the healthcare industry, and working alongside Dr. Langlois would accomplish that.

We found the most important aspect for young startups is to get your product in the hands of customers and users. A lousy unfinished prototype provides the feedback that either validates the product or swiftly spares you from wasting time and money on a project the market doesn’t desire.

With support from his family, his wife, and a young daughter – as well as McMaster University, Innovation Factory, and the DeGroote School of Business – several key opportunities, such as winning pitch competitions, have led to recent angel investments in the company. Mariner Endosurgery is now a fully-funded medically-backed company based in Hamilton.

Bringing together the strengths of many people, including contributions from McMaster University’s Computer and Software department, the LaparoGuard is being developed by a dedicated team of individuals working towards transforming and challenging the healthcare industry.

“Taking what I was learning in the classroom every day and putting it into practice was invaluable. We built the best team we could, participated in pitch competitions, and surgeons came on board. We are making an impact and are seeing business growth,” explains Wilson.

One teacher who influenced Wilson was Brent McKnight, Assistant Professor of Strategic Management at DeGroote.

McKnight taught Wilson during his final Strategic Management course, which was recently redesigned to integrate learning from across the entire program and further help students understand competitive advantage.

According to McKnight, “Mitch was clearly a different breed in his focus. He is a great example of someone who came back to school with a purpose and was actively learning what he needed to, and applied what he was learning to his business. Mitch is a real-life business case.”

It is Mariner’s goal to become an integral part of general, gynecological, and urological procedures across North America.

As for students who are looking to find their passion, Wilson has a piece of advice: “We found the most important aspect for young startups is to get your product in the hands of customers and users. A lousy unfinished prototype provides the feedback that either validates the product or swiftly spares you from wasting time and money on a project the market doesn’t desire.”

Mitch Wilson will graduate with his MBA from the DeGroote School of Business in June. He is the recipient of two MBA awards being presented on February 7 – the Lozinski Foundation Award and the John Deere Foundation Graduate Scholarship in MINT. Wilson participated in and won the Spectrum Student Start-up Competition, working out of The Forge at Innovation Factory. His team was also one of the winning teams at the Synapse Life Science Competition in 2016.