David Lazzarato, B.Comm ’79 and Chair of McMaster’s Board of Governors, has made a significant donation in support of Dean Len Waverman’s innovative plans for the DeGroote School of Business. His gift will be used to develop new niche EMBA and joint Health/Management programs. Story on McMaster’s Daily News. 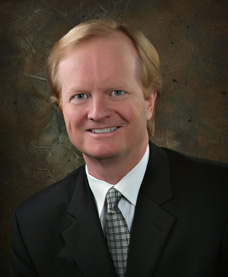 Ask David Lazzarato if he is a leader, and he could point to one big job after another, as a trail-blazing executive in the telecommunications and media industries over the past three decades.

But, in fact, he would say his most leadership-defining business experience was also his toughest – the tense, exhausting rescue of a floundering telecom business called AT&T Canada.

That salvage job, about a decade ago, confirmed that being a leader is more than just saying it – it has to be earned. “You are a leader not because you think you are, but because other people think you are,” says Lazzarato, now 58 and chair of the board of governors at McMaster University, from which he graduated with a commerce degree in 1979.

In a corporate restructuring – such as at AT&T Canada – it becomes clear quickly whether someone has the leadership stuff. “You can’t hide when times are tough. You have to get out in front of people more, and be open and honest with them,” says Lazzarato, who was AT&T Canada’s chief financial officer.

To be a leader, “You can’t just be the tallest good-looking guy in the room,” says Lazzarato, adding, in his self-deprecating style, that it’s been a fortunate truth for him personally.
He has had a lot of opportunities to think about leadership since getting his grounding in accounting and finance at the Degroote School of Business. He was hired by a major public accounting firm, and then became a go-to guy for financial and strategic leadership at top Canadian companies, including telecom giant BCE, aerospace player CAE and media conglomerate Alliance Atlantis.

To be a leader, “You can’t just be the tallest good-looking guy in the room…

The AT&T Canada job was unique. In a time of industry upheaval, the company was sagging under massive debt, cut loose from its U.S. parent AT&T, and confronted by angry investors – and with 6,000 employees anxious about their futures. Lazzarato learned the value of listening, as the leadership team guided the firm through bankruptcy protection, and its re-emergence as a viable business called Allstream and its ultimate sale.

“It was probably the toughest thing I have done professionally but the most rewarding,” Lazzarato says. “If your career choice is what is going to be easiest, I’m not sure you can look back and say you had as much fun or that you learned as much as you could have.”
Learning leadership in the trenches got Lazzarato thinking about how universities can deliver the more intangible (or soft) skills of moving people and organizations. The core content –accounting, finance, operations, marketing – is essential, but employers today want to see some leadership basics in their recruits.

“Whether in telecom or software or the higher education industry, those non-core content skills are pretty fundamental. It is hard to be a leader in those kinds of businesses without those skills but historically we did not teach a lot of them – we groomed those skills on the job. That’s changing and it is changing for the better.”

For a university it means a big challenge, but also an opportunity to stand out from its peers. It takes leadership and co-ordination as faculties work through the implications, developing joint programs and teaching strategies that cut across disciplines.

He agrees some personalities are more suited for leadership, but there is value in exposing everyone and giving them an appreciation of the value of the attributes.

He supports the work of DeGroote Dean Leonard Waverman and his faculty in emphasizing not just core content but also “communication, leadership and understanding something about the internationalization of the business world.” As a student in the late 1970s, he got little of that. “Would more of it have been more helpful? How could it not be?” He agrees some personalities are more suited for leadership, but there is value in exposing everyone and giving them an appreciation of the value of the attributes.

As a veteran of the telecom and media wars, he is also interested in the new focus at DeGroote in the management of digital information, including interpretation and application of so-called big data. “In any industry there is so much available information now, if you can go find it and know what to do with it. There is so much more in possibilities, if you can learn much better and faster than your competitors.”

Also, he supports drawing on McMaster’s leadership as a top medical education centre, in finding ways of melding what the medical school knows with what the business school knows – through, for example, the exploration of potential joint degree programs. “Health administration probably needs that in the next little while,” he says.

The father of three, two of whom are at McMaster – one in computer science, the other in engineering – Lazzarato grew up in Hamilton, the son of a tool and die maker for the Canadian subsidiary of the vacuum cleaner maker Hoover . After 48 years, his father retired as Hoover Canada’s No. 2 executive.

For many years of his youth, David caddied during summers at the Hamilton Golf and Country Club. “I saw what businesspeople looked like, because I carried their bags,” he says. Thus, he learned his first rule of commerce: There is no correlation between business success and the quality of a person’s golf game. “They made every mistake golfers can make,” he says, remembering senior businesspeople flailing away on the links.

…the hardest lesson to learn was that success is not a function of your own drive and agenda as a manager, but the ability to win over a team.

He entered DeGroote to pursue an accounting career, and on graduation, took jobs that advanced the variety of his experience. After his time in public accounting, he joined CAE, a leader in flight simulation and training, but left after six years to gain exposure to a different industry before he settled into something for the long term. At BCE and subsidiaries, he was an eyewitness to the wireless revolution, as mobile devices exploded in growth from niche market to the cultural mainstream.

Through it all, the hardest lesson to learn was that success is not a function of your own drive and agenda as a manager, but the ability to win over a team. “Everybody around the table will come to a different conclusion about what to do, how to do it and the time involved, and nobody is right or wrong. But we can get there more quickly if we’re working together.”

That’s hard-won wisdom from someone who, at one point, would have forged ahead on his own. “When you are young and out of school, you think leadership is only about making decisions and doing it quickly – getting it done. As you get older, it is more about how you make the decisions. It has to be more involved with the team and less autocratic.”