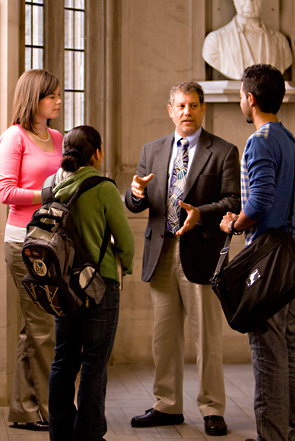 The construction of creativity in organizations continues to puzzle both scholars and businessmen. What accounts for the creativity of firms like Apple, Google and Facebook? How can we infuse innovation and creativity across all firms?

On the one hand we have romantic images of entrepreneurs asserting creativity by breaking rules and transcending boundaries, and on the other we have institutionalized managers constrained by rules and prevented by boundaries from exercising creativity. So, what is really going on?

Along with Joseph Lampel of the Cass Business School at City University London and Israel Drori at the College of Management Academic Studies in Israel, I have been exploring the implications of organizational ingenuity.

We believe that the interplay of freedom and structure in organizations is more nuanced. Most people have to operate both within and through existing rules and boundaries to affect creative solutions to existing problems. To meet the challenge of the situation, managers and employees develop a set of skills, social tactics and ways of thinking that express “organizational ingenuity:” the ability to create innovative solutions within structural constraints using limited resources and imaginative problem solving.

In a recent paper, we point out that the firm Amazon.com makes an excellent case for ingenuity. Amazon not only entered and established a new market that had not previously existed, but it did so with minimal resources, with the founder working out of his garage, and re-configuring the relationship between consumers and suppliers.

Jeff Bezos, the CEO, essentially re-wrote the rules of the ‘game.’ He is an original thinker who is able to infuse his way of thinking throughout the organization. Before starting Amazon, Bezos moved rapidly to an important VP position at Banker’s Trust – not an organization known for agility. Harvey Hirsch, his boss at Banker’s Trust claimed, “Jeff has a way of stripping away the extraneous and focusing on what’s really important. He sees different ways of doing things and better ways of doing things.”

A co-worker at Amazon stated, “He understood how to talk about what he was doing, so that he could get people excited about it. Leadership involves, among other things, the ability to really articulate what is exciting about what everybody is working on board. He really understands how to do that.”

Leading an ingenious organization requires particular sensitivity in order to encourage creative individuals to both remain on the team and also to volunteer and commit their creative talents to the obstacles at hand. Further, it requires understanding the limitations of expertise, something many entrepreneurs have difficulty doing. When an organization’s practices and values are perceived as worthy, their preservation serves as ‘templates’ for the new members. 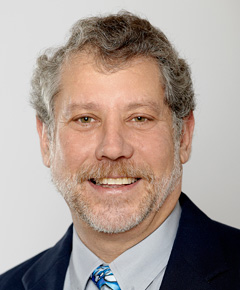 The model of organizational ingenuity that Lampel, Drori and I have developed focuses on a firm’s “DNA,” whereby a common cultural experience provides a design esthetic and function. While the ‘secret’ to ingenuity is not as simple as following a recipe, we believe there are identifiable and transferable techniques that support ingenuity in large and small firms alike.

Benson Honig initiated the Ingenuity Conference held at McMaster. Honig is the Teresa Cascioli Chair in Entrepreneurial Leadership and a professor of human resources & management. He is lead editor of the handbook of organizational and entrepreneurial ingenuity, Edward Elgar press, due for release in February 2014.