A life well-lived and a career well-managed. Both were celebrated during DeGroote’s annual Evening of Accolades gala in Toronto.

The award, one of McMaster’s highest honours, is given each year to an alumna or alumnus whose personal accomplishments, reputation, and character have enhanced the reputation of the university.

As Canadian Managing Partner, Quality & Risk Management, KPMG, Maher is an important gatekeeper in the acceptance and retention of clients. She juggles that assignment with being Global Head of Inclusion & Diversity, from which she helps drive inclusion efforts among KPMG firms in 150 countries.

A number of Maher’s family members, friends, KPMG colleagues, and business associates were in attendance, along with alumni, faculty, staff, and students of DeGroote and McMaster.

Below, take an insider’s look at the 2019 Evening of Accolades. All images courtesy of Mike Lalich: 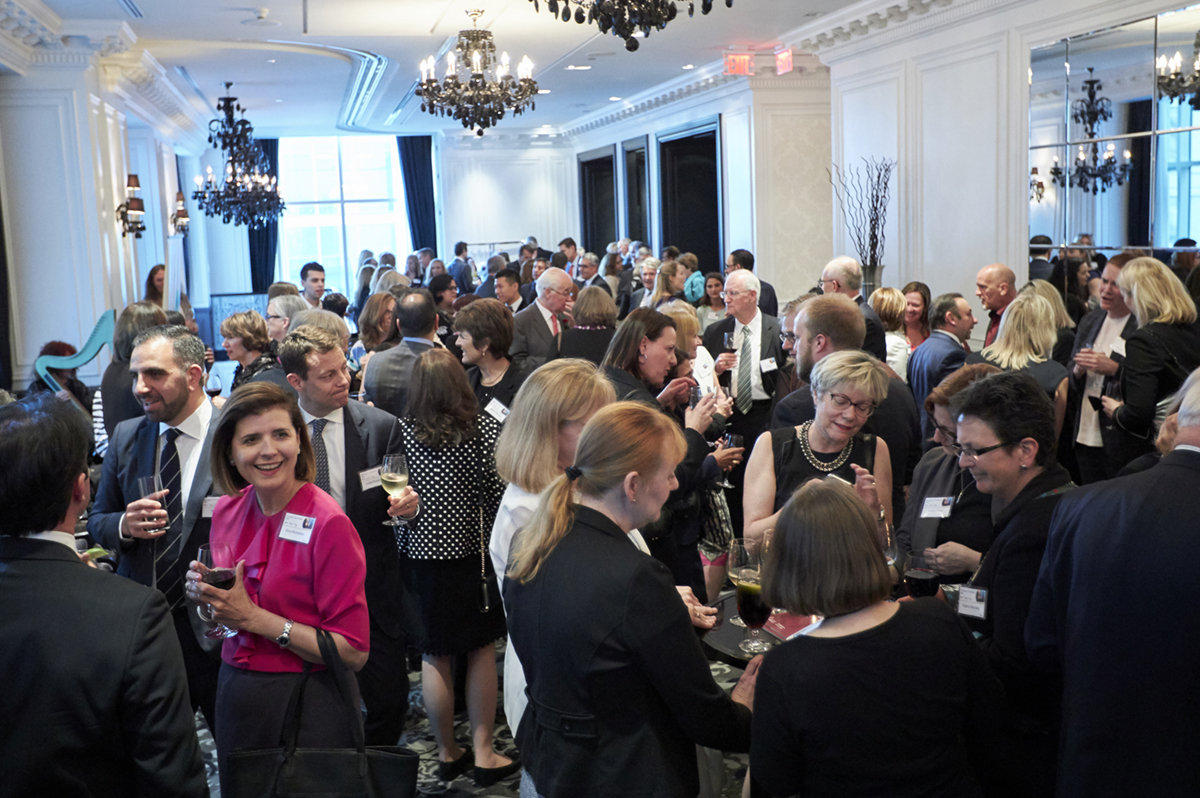 Guests circulate at the posh St. Regis Hotel, site of the DeGroote School of Business’ 2019 Evening of Accolades gala. 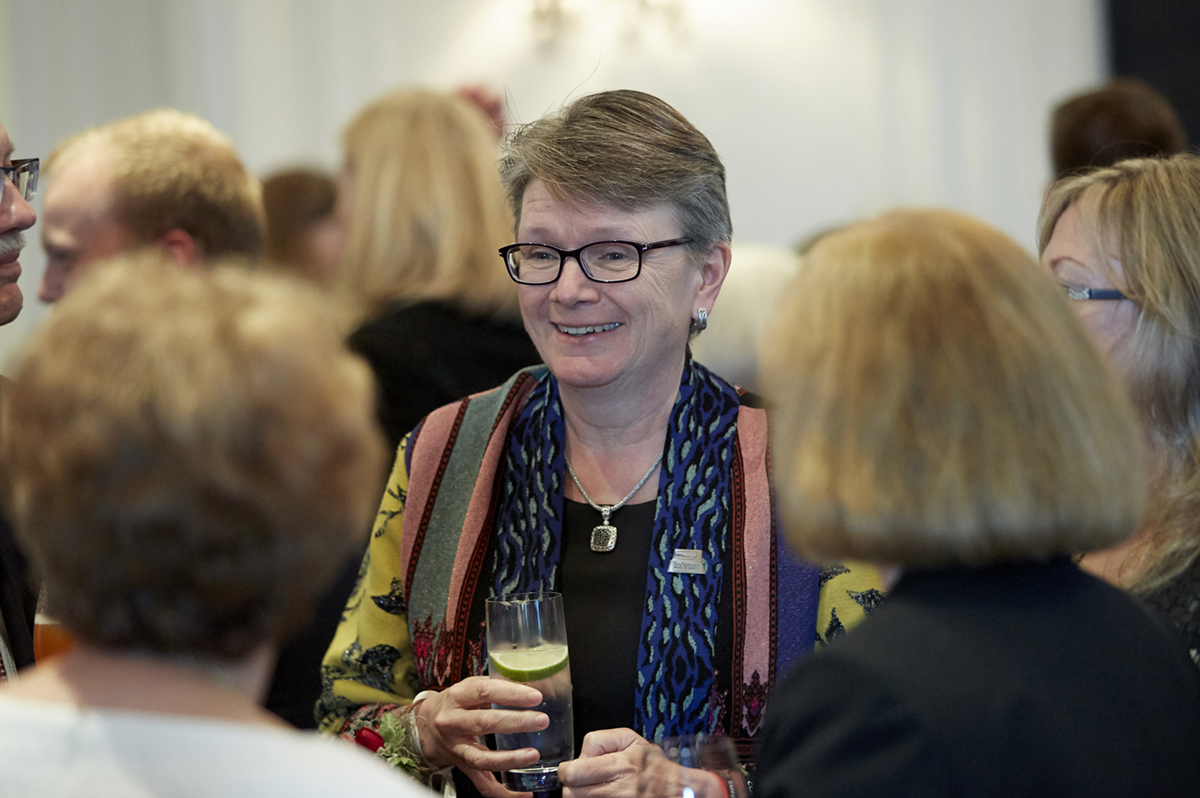 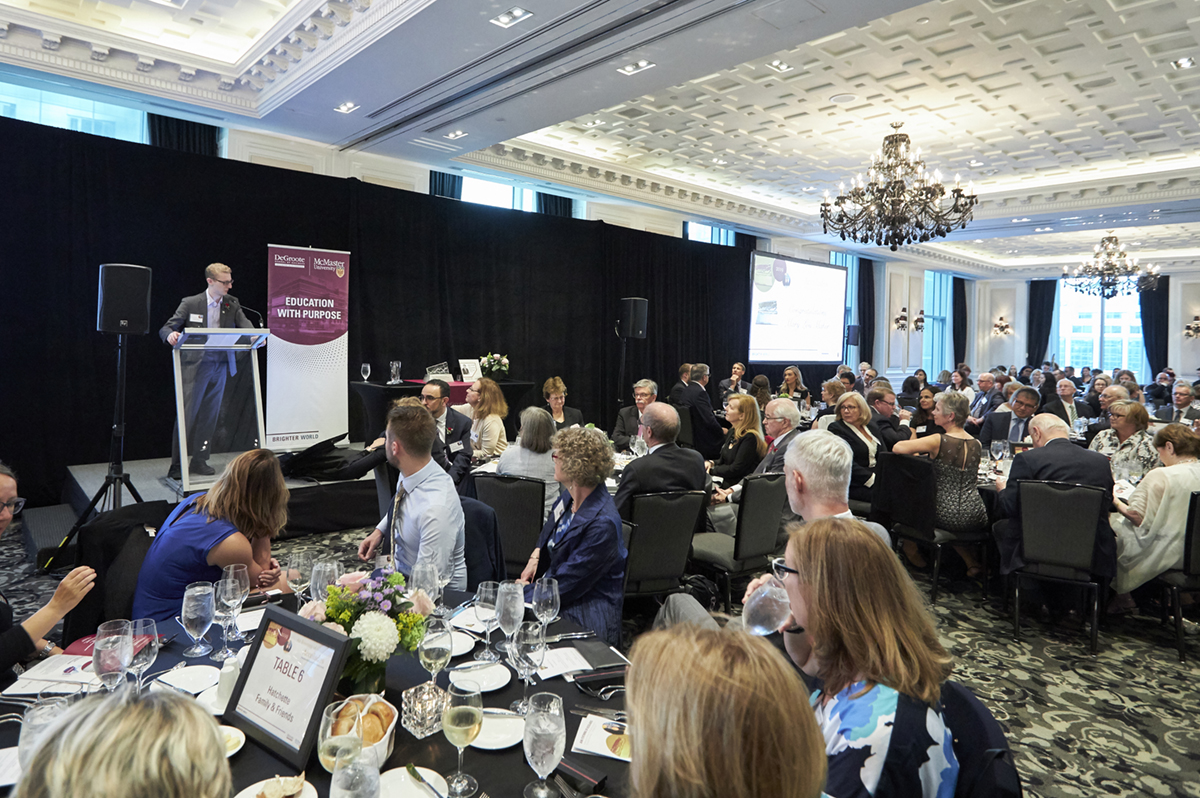 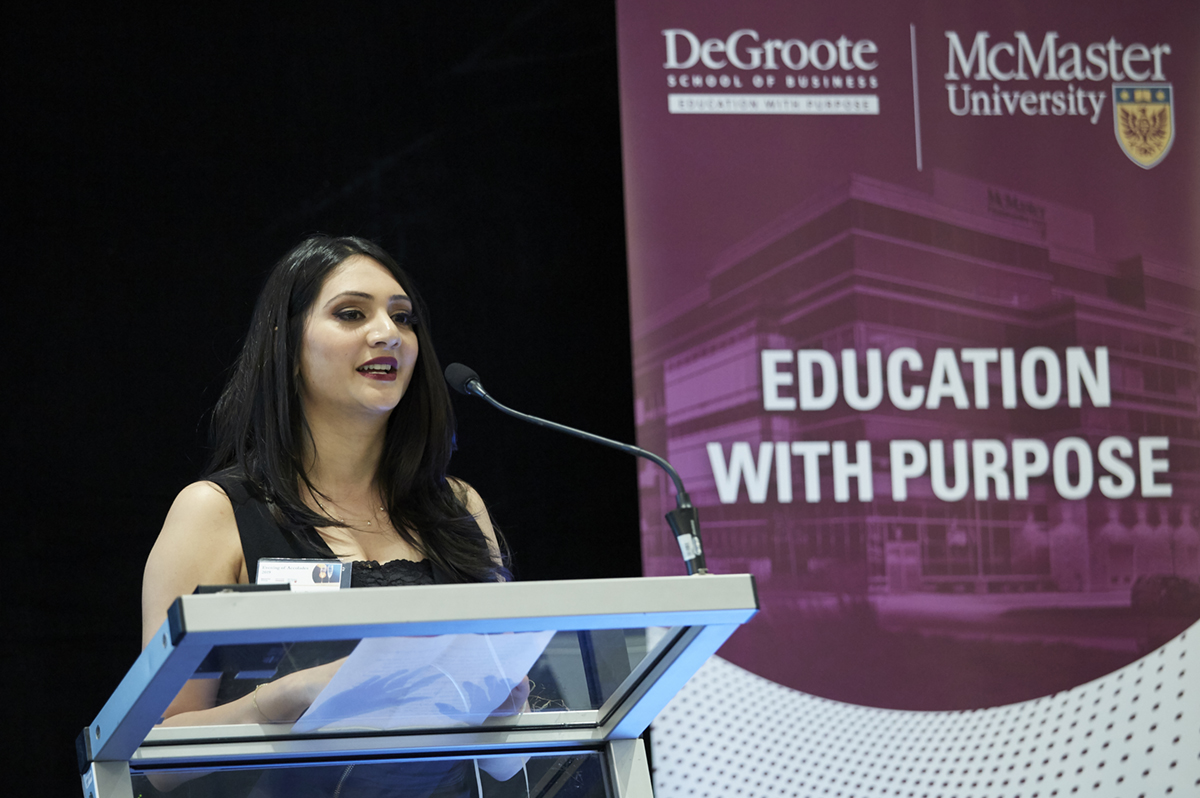 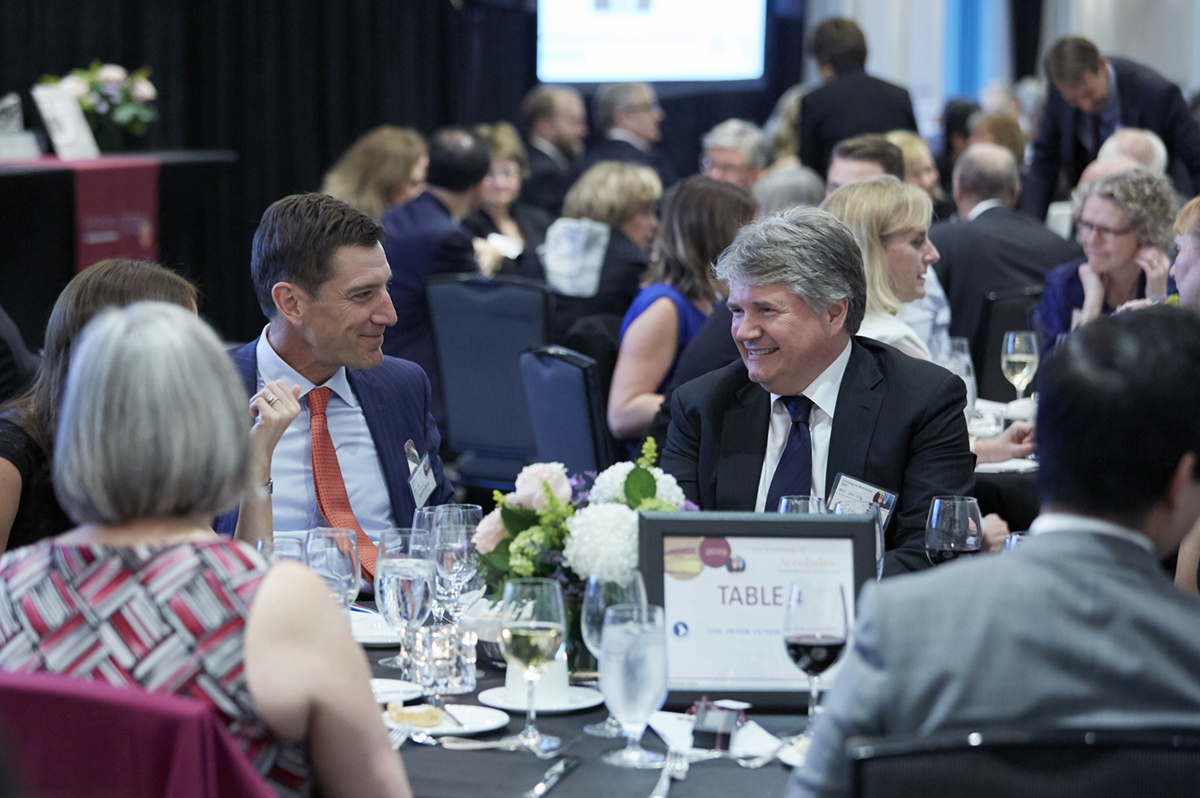 David Feather (right) chats with Quentin Broad during a break in the program. Also at the table were alumni Nicole Kilfoy, Jennifer Barr, Kevin Eng, Charles Barone, and Susan Andrighetti. 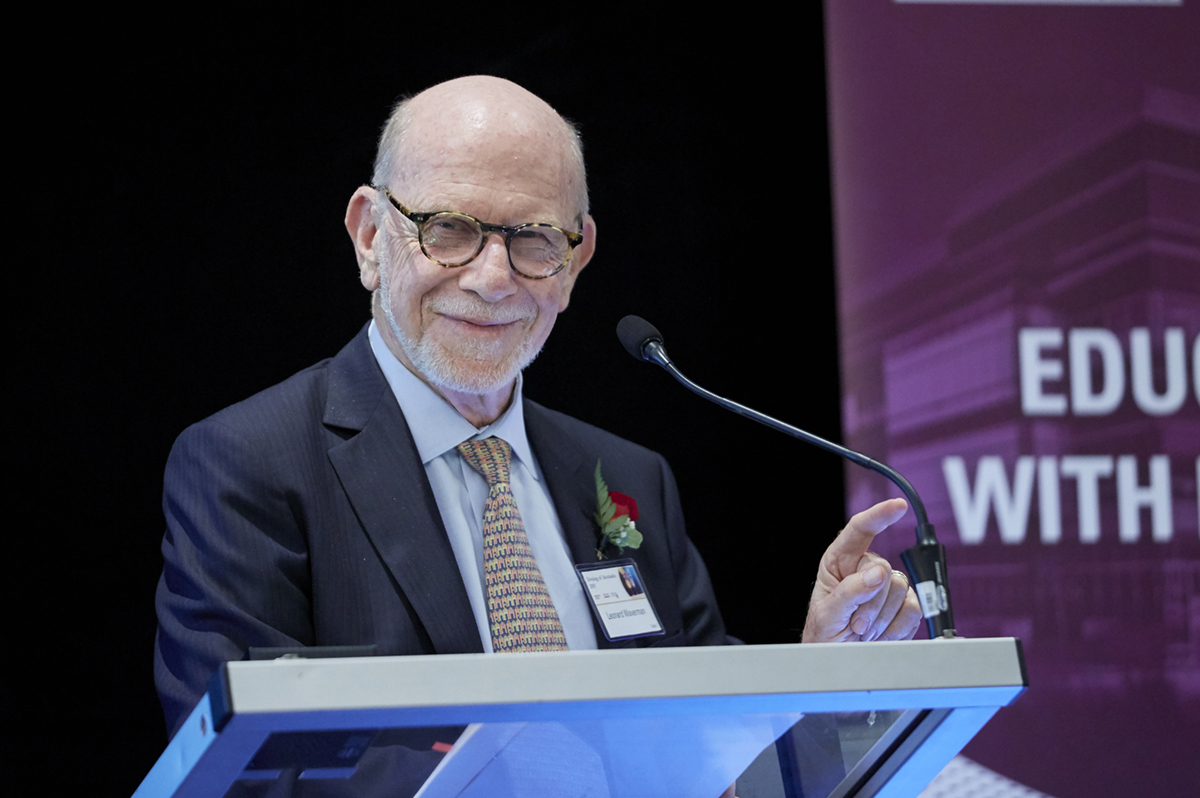 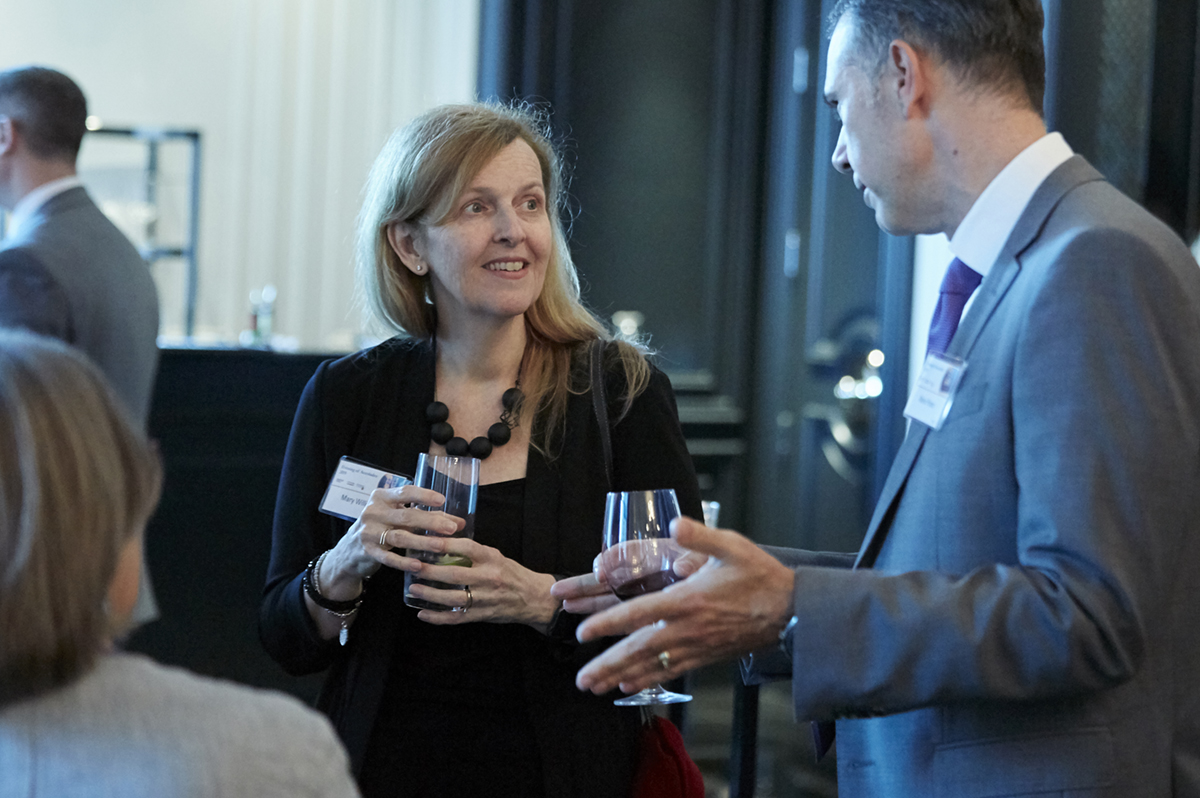 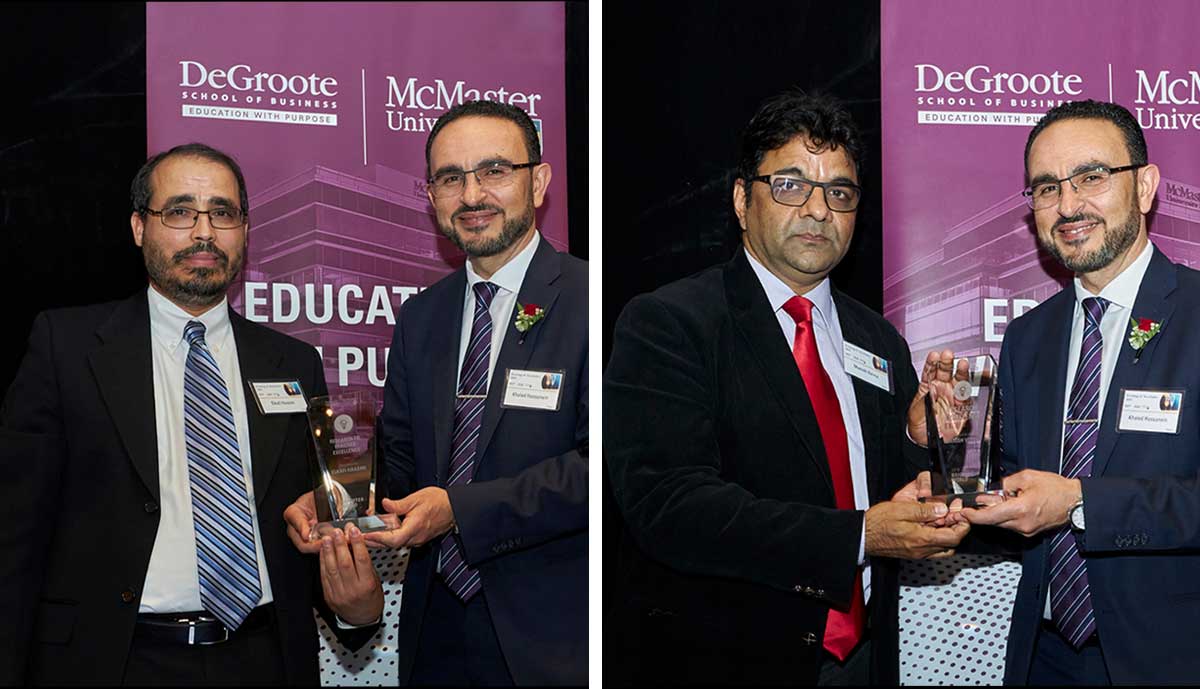 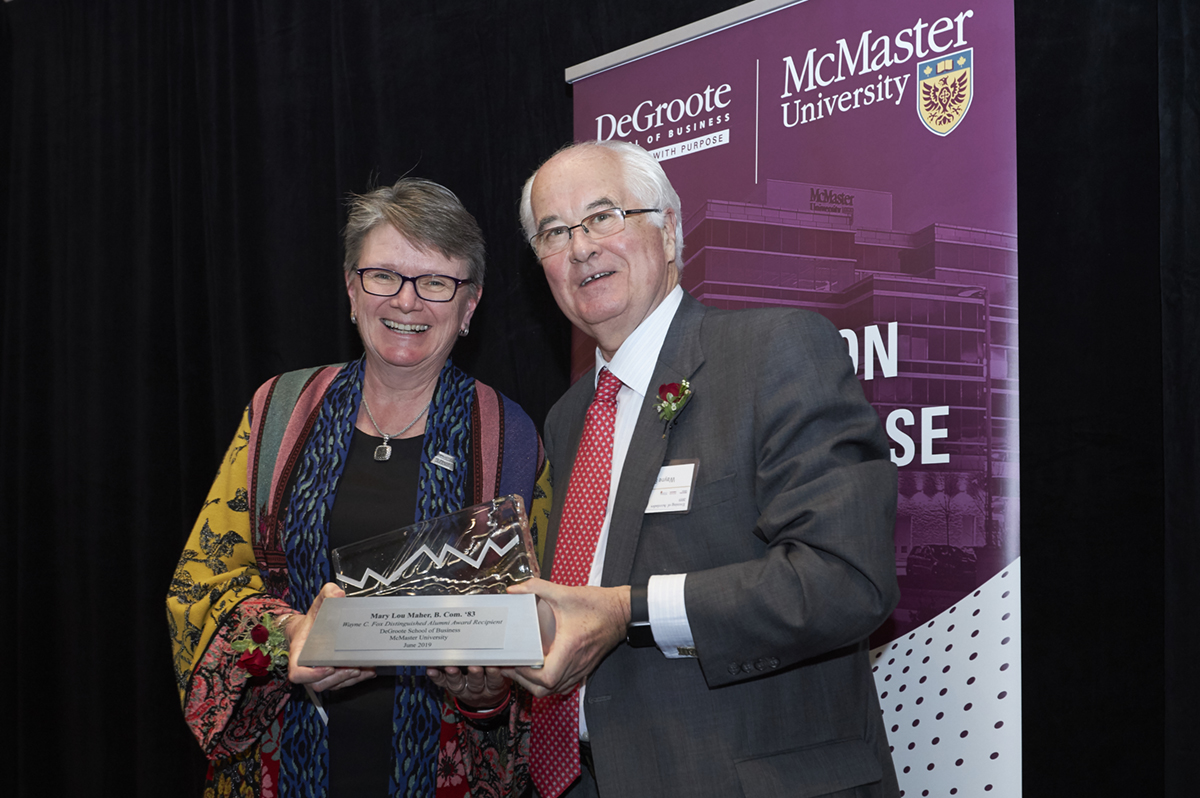 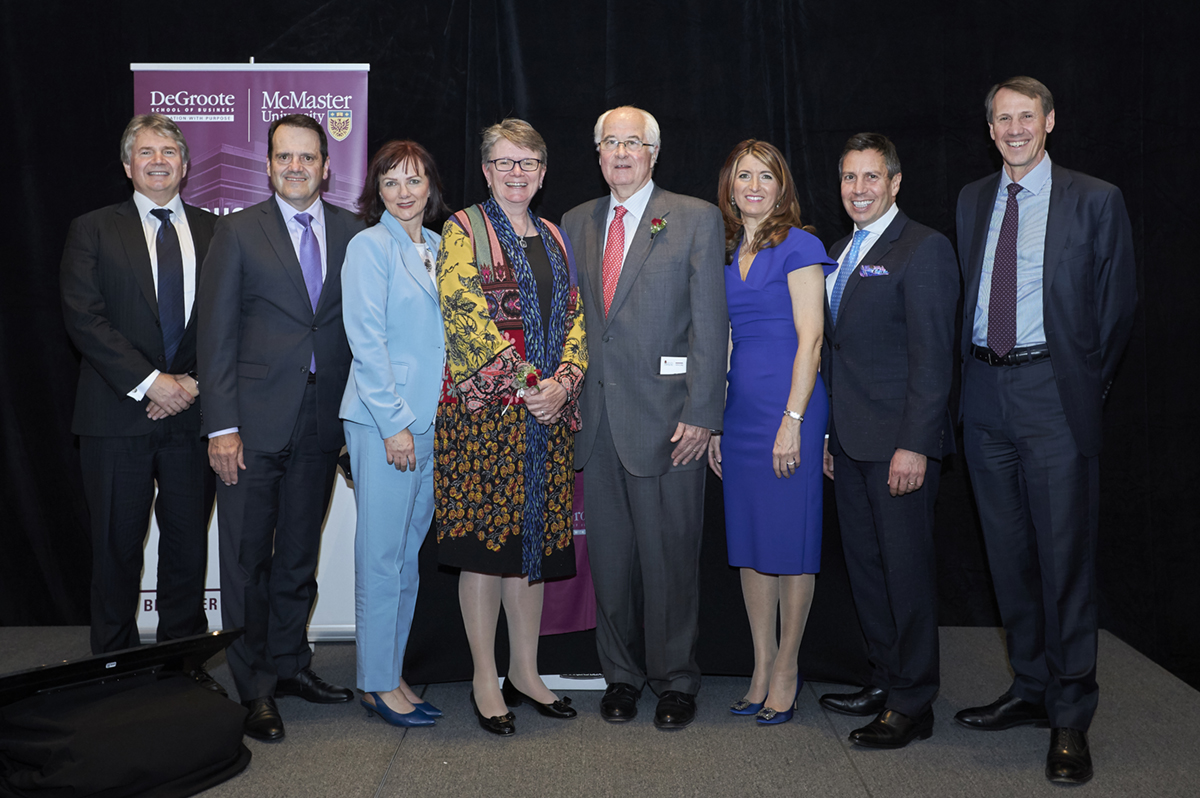 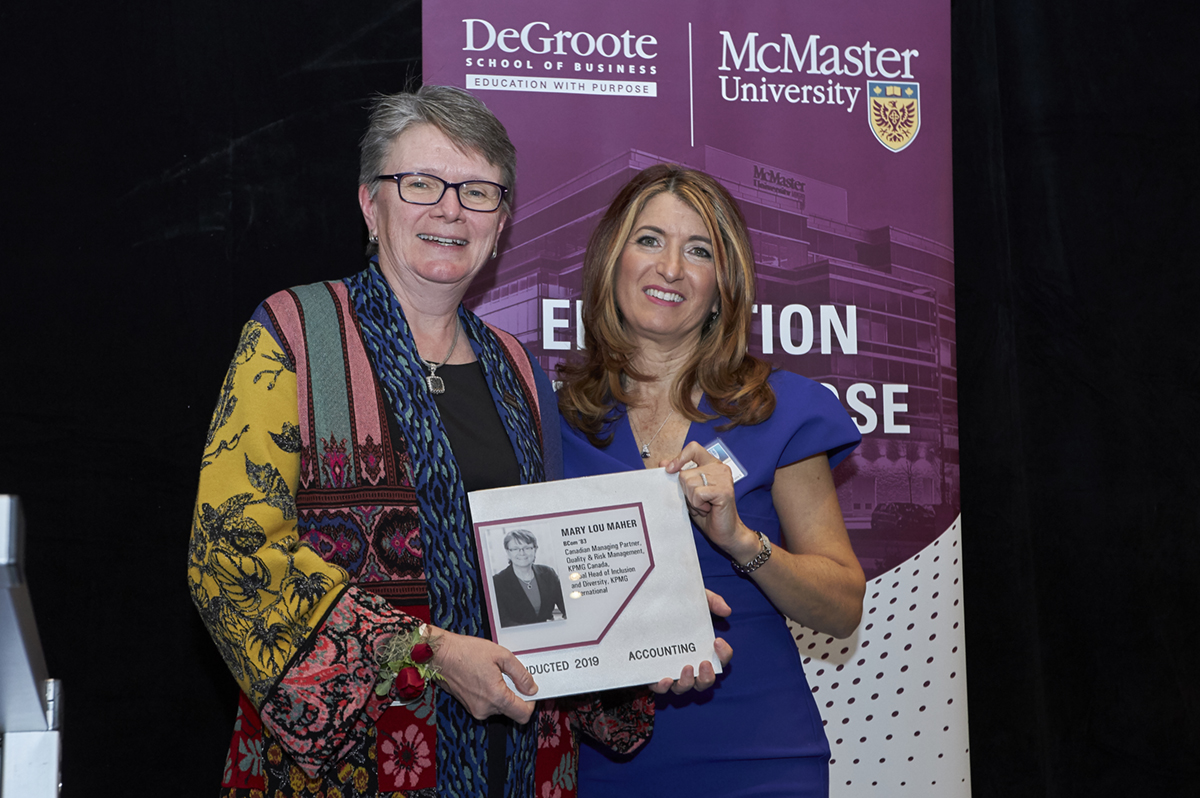 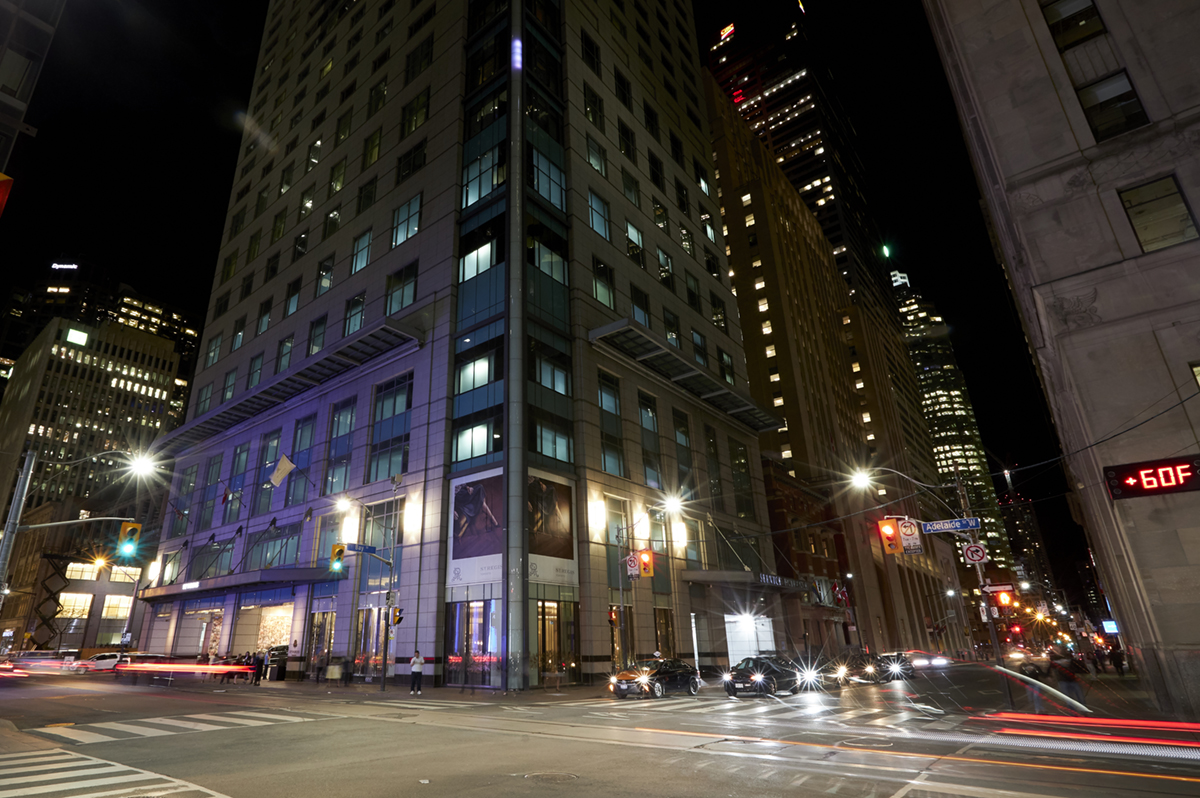 The St. Regis Hotel by nightfall, at the corner of Bay and Adelaide in Toronto.