When scandal hits an organization or a company, should its leader stay — or should they go?

Often, scandals spur resignations. But sometimes, a leader can take action to steer the organization through the turbulence.

Bell Media announced late last month that its vice-president of news, Michael Melling, would be taking a leave of absence in the wake of controversy over the termination of longtime CTV National News anchor Lisa LaFlamme, pending the results of a workplace review.

Hockey Canada has also been in the headlines. Following sexual assault allegations against players, the chair of Hockey Canada’s board stepped down. But the organization’s executives have remained, despite calls in some quarters for their resignations. This week, Hockey Canada’s interim chair released a statement saying its president and CEO Scott Smith and the executive team had the board’s support.

The two approaches are starkly different. How companies respond affects their image, and ultimately their bottom line. Here’s how experts say organizations can weigh their options before rallying around their leaders or showing them the door.

The case for leaving

One perspective is that an organization should hardly ever support a leader facing controversy, because it’s important for leaders to show accountability.

“As leaders, we have a responsibility in the most sort of robust, comprehensive way to bring a level of inclusivity and equality into our workplaces, and that people can feel safe and feel that they are able to unleash their full creativity and potential,” said Kenneth Evans, a managing partner at APEX Public Relations.

In the case of allegations that have not been proven, Evans says leaders should still step aside while an investigation is underway.

But another expert said the decision comes down to whether an organization has the trust of the public and its employees during the crisis, as well as the company’s intentions — whether it appears to be serving stakeholders, customers, the public and employees, or its own best interests.

Changing a leader is “one of the tools in (a company’s) tool kit” to rebuild its reputation, said Warren Weeks, principal of Weeks Media, a communications and media relations business.

“Ultimately, is the company able to do its day-to-day operations, (or) is the brand tarnished to a degree that they have to make a change?” he said.

Weeks said Melling going on leave will allow Bell Media to create some distance from the scandal.

“They call that throwing meat to the dogs,” he said. “You’re trying to just buy yourself some time, create some space, create the perception that something’s happening, and take a little bit of the heat off some of the other executives and the company.”

From a communications perspective, the shorter the news cycle of a controversy, the better, Weeks added. Ideally, its trajectory resembles a triangle — the crisis comes, it’s dealt with, and it goes away. The shorter the triangle, the better.

“The Bell Media one looks like a roller-coaster,” he said.

But allowing public relations considerations to dictate management decisions can also seem, internally, like an organization only cares about its image, said another expert.

Instead, to promote the good of a company, the interests of all stakeholders should be taken into account, said Yair Berson, professor of human resources and management at McMaster University. That includes a company’s board and employees.

“What matters to the leaders on a personal level gets translated into actions, policies and even performance,” said Berson, whose research has found that it also affects a company’s bottom line financially.

“What one expects when they hire leaders is they will be the type of people (who) will promote the wealth of the organization,” he continued. “When that doesn’t happen, boards and sometimes even employees should revolt, and leaders should leave.”

The case for staying

By contrast, Stéphane Prud’homme says for the sake of stakeholders, an organization should avoid changing its leader amid scandal unless the leader is implicated.

“Management turnover very badly impacts trustworthiness, credibility and legitimacy,” said the president of Credibility Institute, a Montreal-based communications firm with a global clientele. “Organizations and their stakeholders, including the staff and shareholders … need stability in the management team.”

Prud’homme and other experts point to Michael McCain in 2008, who was president of Maple Leaf Foods when more than 20 people died in a listeriosis outbreak connected to the company’s products. Maple Leaf Foods voluntarily recalled its products, and McCain participated in news conferences and posted an apology on YouTube.

“That was pioneering. No big dollar companies are doing YouTube videos in the midst of crisis,” Weeks said.

If leaders continue to be perceived as credible to their stakeholders, Prud’homme says they shouldn’t be fired. “They should instead manage the situation with their two hands on the wheel.”

At the same time, someone needs to take responsibility.

He points to Rogers Communications Inc., which replaced its chief technology officer after its nationwide outage in July. Prud’homme says if a company determines an individual is responsible for a problem and holds them accountable, leaders can stay put.

“If there were nobody guilty, yes, the CEO should take the blame,” he said.

The case for waiting

There is a case for holding off on making leadership changes right away.

For example, Bell Media and Hockey Canada are both conducting reviews. The results of those reviews should determine what happens next, commentators said.

“They’re following due process,” said Jeff Lake, managing partner at PUNCH Canada, a Toronto-based public relations firm. “You can’t arbitrarily throw everybody off the bus without any kind of review.”

Without the facts, it’s hard to know if a leader is directly to blame. “If the CEO is not implicated in the scandal or crisis personally or directly, that person should not leave right away,” said Prud’homme.

That said, after Prime Minister Justin Trudeau told reporters this week that the government and Canadians “have lost confidence in the leadership at Hockey Canada,” that organization might not be left with much choice for rebuilding its image among the public, government and stakeholders.

“In light of those comments, the senior management at Hockey Canada should do the right thing and resign to restore confidence in the organization,” said Lake. “It’s basically over when the prime minister takes a hardline position like this.”

Read the full article on the Toronto Star. 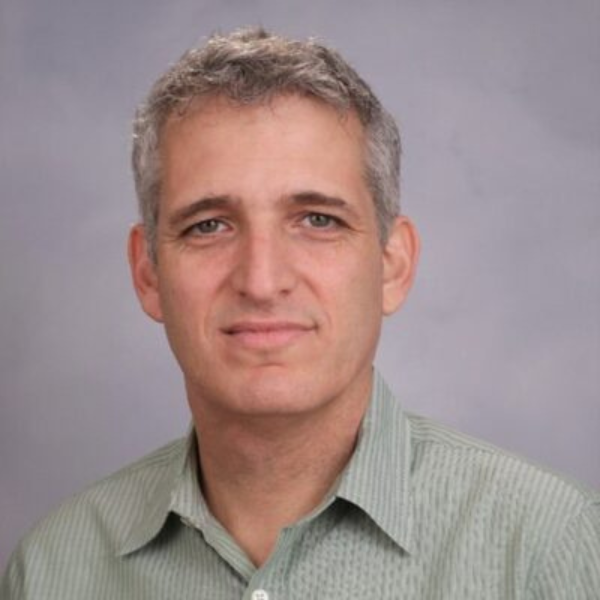 Yair Berson (Ph.D. SUNY Binghamton) is the future director of the DeGroote Leadership Centre. His research helps demonstrate how leaders’ characteristics (e.g., values) and actions (e.g., visionary style) affect followers, organizational processes, and outcomes. Using diverse methods, from micro biological and psychological processes to more macro predictors, his research provides insights into the synchronizing effects of leaders and the extent to which they become reflected in the groups and organizations they lead. Dr. Berson’s work has been published in leading venues both in management and general psychology, such as Academy of Management Annals, the Journal of Applied Psychology, Psychological Science, OBHDP, Personnel Psychology, Journal of Experimental Psychology: General, Personality and Social Psychology Bulletin, Journal of Organizational Behavior, and The Leadership Quarterly. He is a coauthor and coeditor of two books and serves on the board of Personnel Psychology, The Leadership Quarterly, and is an associate editor of the Journal of Leadership and Organizational Studies. He recently became Program Chair of the newly instituted Neuroscience Interest Group of the Academy of Management.

In the News: The term ‘quiet quitting’ is worse than nonsense