DeGroote’s EMBA cohort is back from Silicon Valley, and one step closer to becoming global leaders in managing digital transformation.

The EMBA, also known as the Executive MBA in Digital Transformation, is a unique 14-month program built around four residential modules in Canada and California. Students from around the world learn from faculty instructors in the classroom and from industry experts on site.

It’s the first EMBA of its kind in which students focus on managing digital systems. The aim is to prepare graduates to make data-driven decisions, lead complex and diverse teams in digital environments, and recruit world-class talent. Most DeGroote EMBA candidates are already well-established in their careers. Professionals in finance, healthcare, government, marketing, and several other fields have been admitted into the program since it launched in 2016.

A key aspect of this year’s module in Silicon Valley involved Rob Siegel, Lecturer in Management, Stanford Graduate School of Business. Through Siegel, the EMBA cohort was introduced to the major concepts and themes behind the so-called Industrialist’s Dilemma.

Siegel’s theorem is simple: Many of the key factors that ensured success during the Industrial Revolution and into the twentieth century – mass production, a division of labour, factory assembly lines, the use of coal and oil for cheap energy – now have the potential to derail large, established companies.

While in California, EMBA candidates also took part in classes held at Stanford, including Innovation by Design, Digitally-Driven Entrepreneurship, and Strategic Marketing. DeGroote faculty members Michael Hartmann, Benson Honig, and Manish Kacker were on hand to lead the courses, alongside Siegel.

To complement the in-class learning, the cohort took part in site visits to major companies in the area, including Google, Facebook, SAS, Wells Fargo, and Salesforce.

Below, take an insider’s look at the Silicon Valley module, and see what EMBA candidates see. All images courtesy of Bryan Mehi: 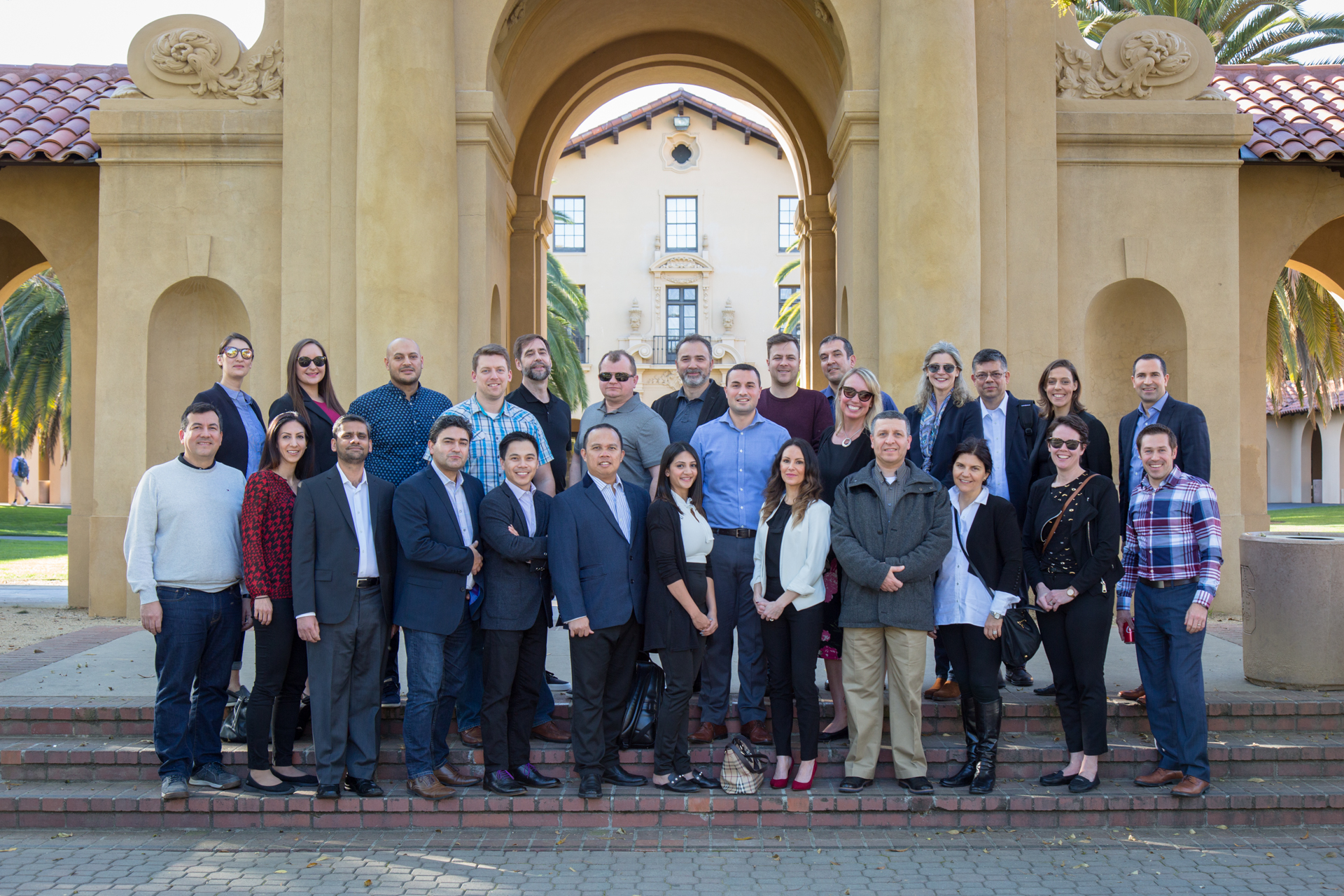 EMBA candidates and DeGroote faculty and staff pose at Stanford University’s Old Union, a hub for student activities on campus. 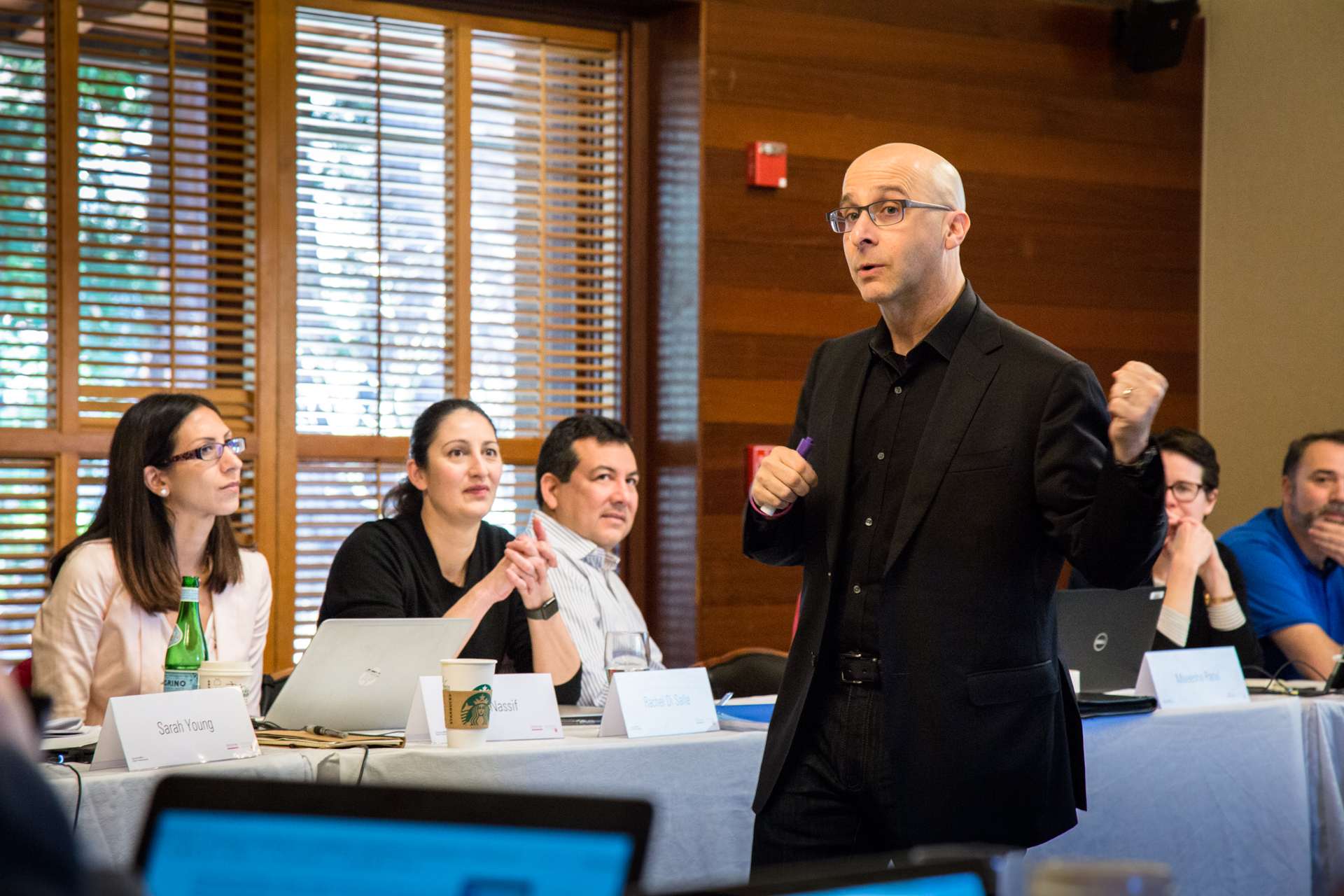 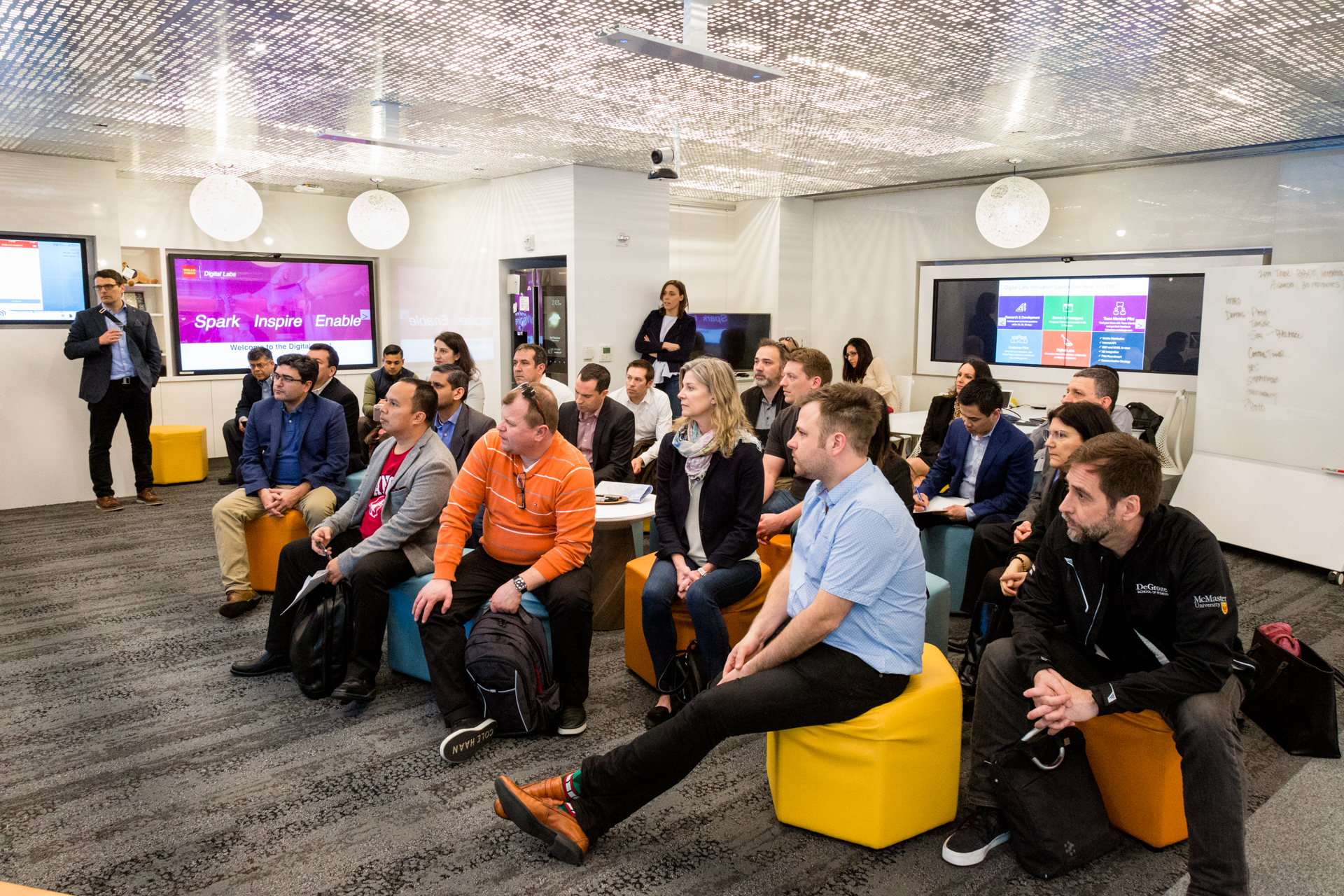 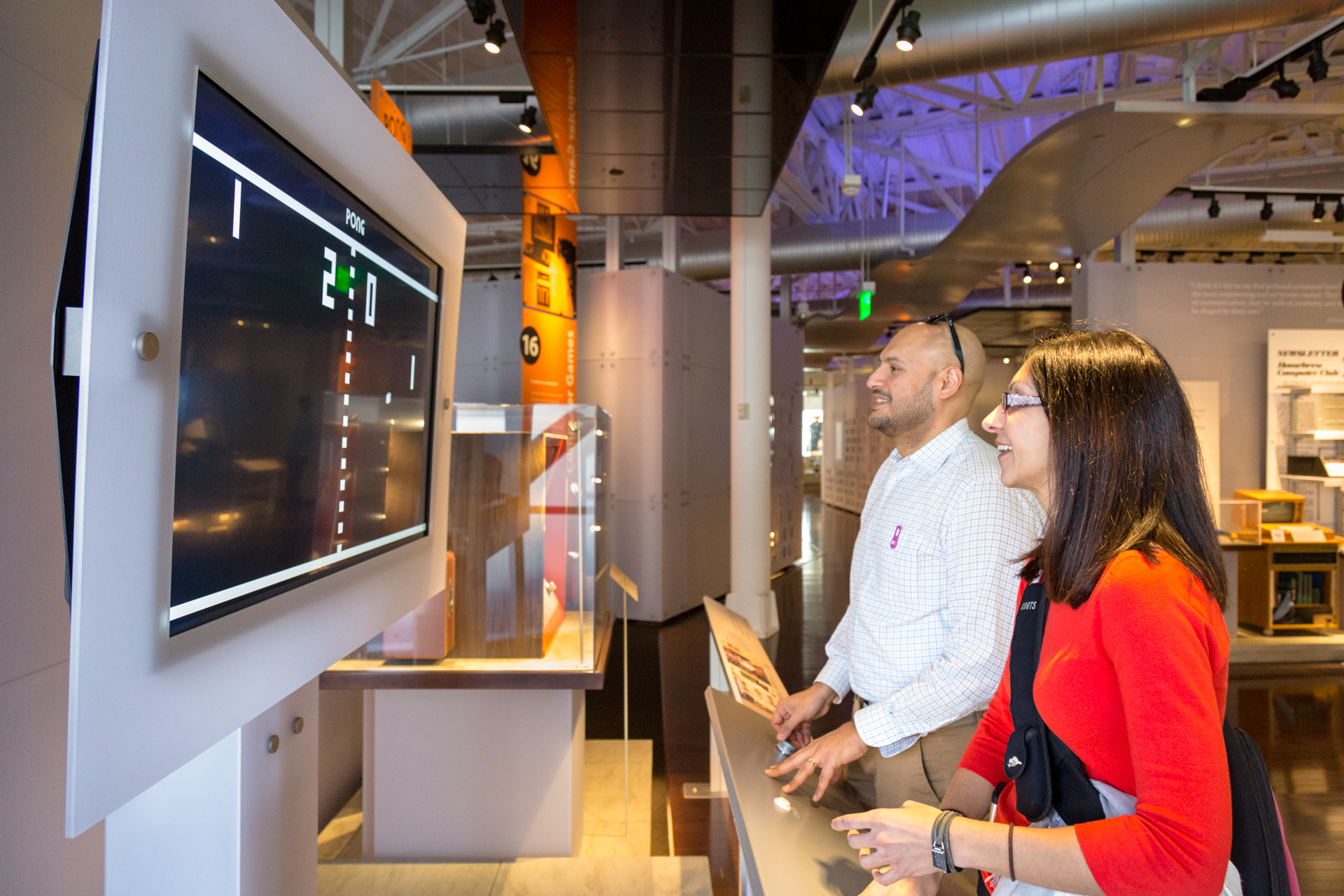 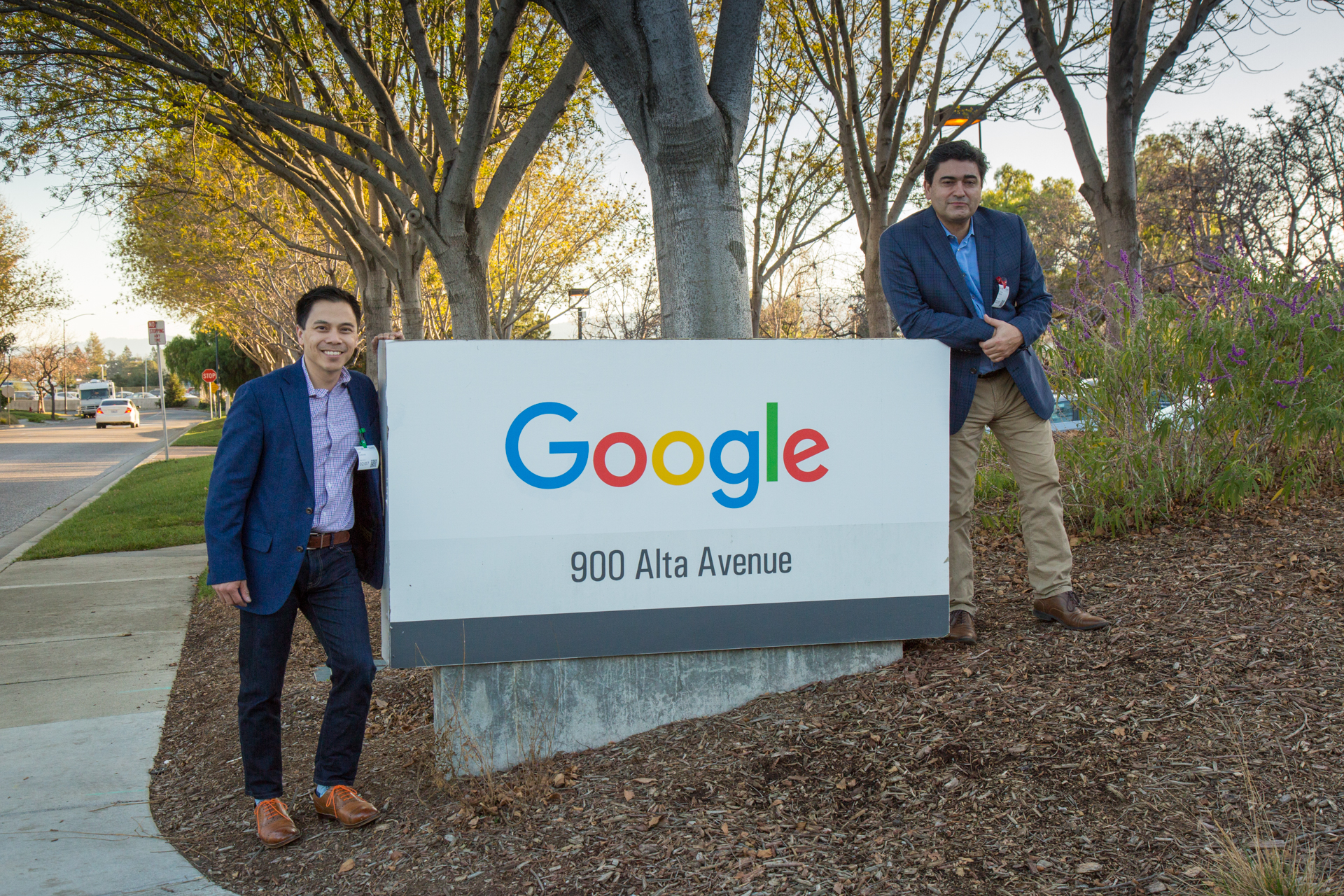 Jeff Cadavez and Christian Ramirez pose at the entrance of the Google Building in Mountain View, California. 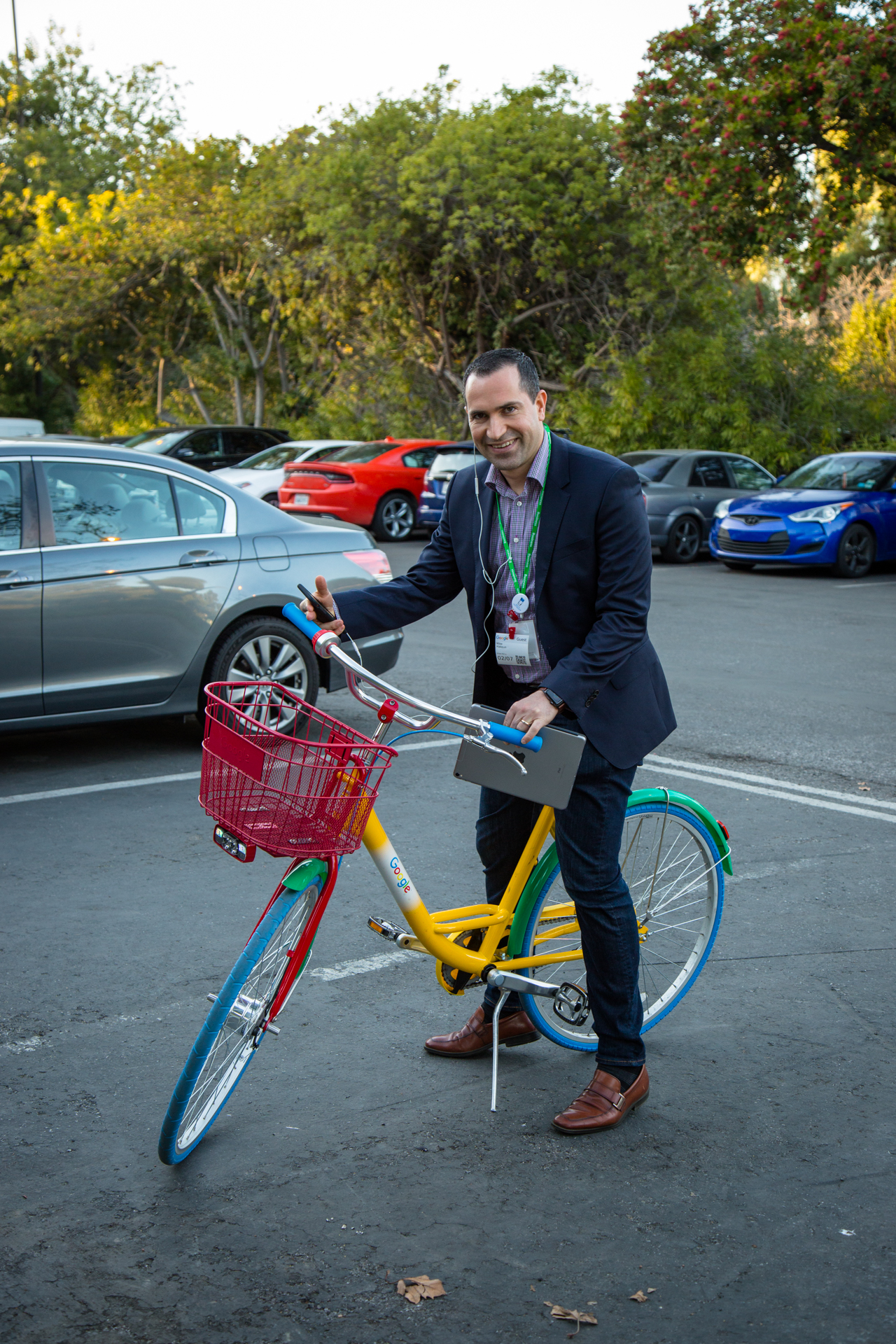 Mike Hakoun takes a spin on a GBike, designed by Google engineers. The GBikes are available for staff to pedal from one building to another. 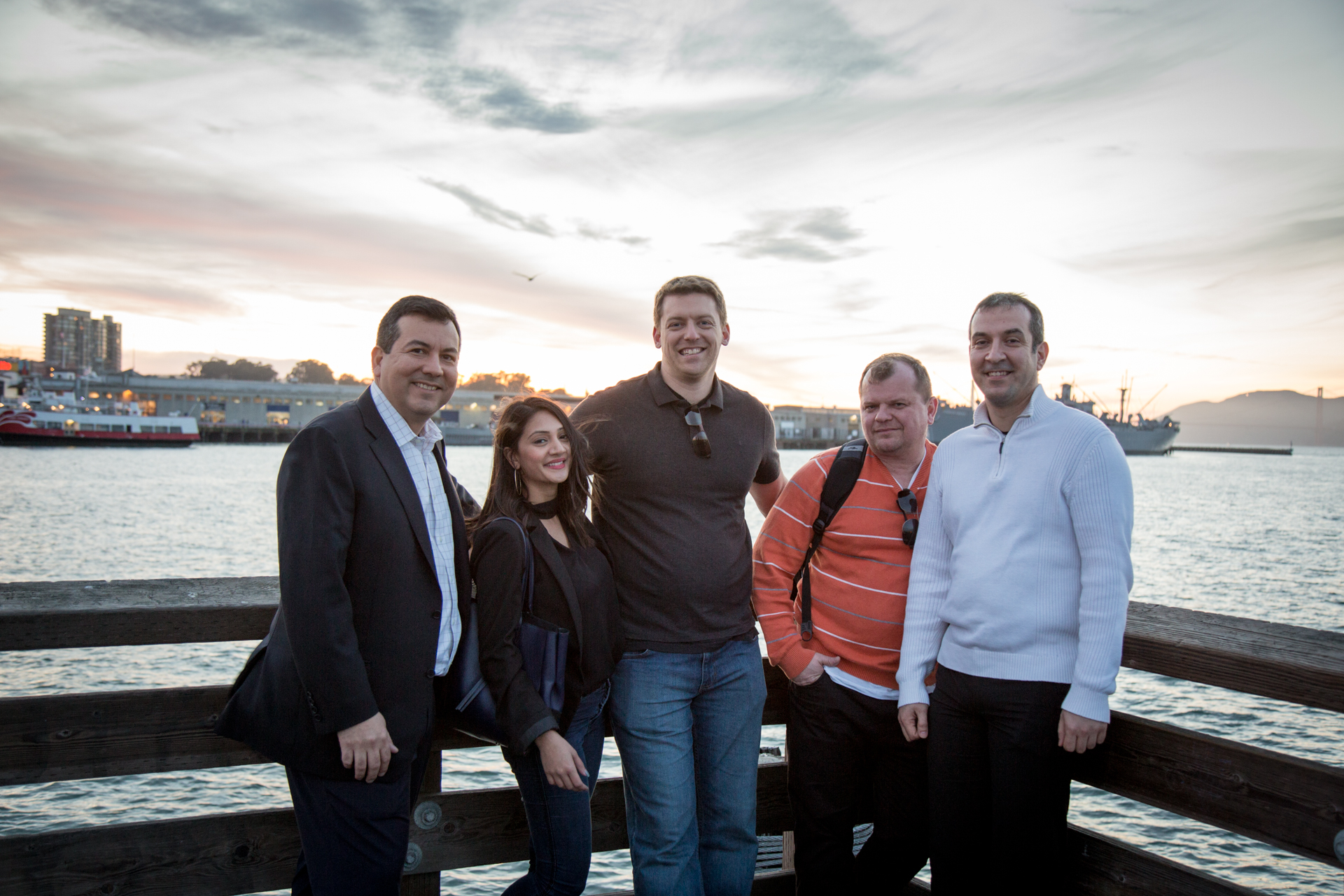 In the News: Kai Huang on Supply Chain Issues Caused by COVID-19

Mapping the Way Forward in Comparative Management: An Interview with Dr. Gordon Redding