“Zig Ziglar said it perfectly, ‘You don’t build a business. You build people, and people build the business,’” says Schwenger, himself a DeGroote MBA alum. “Because DeGroote has a built-in co-op option, we opened that opportunity up as a four-month-long job interview. During that process, we’ve discovered that these students are coming out of the program as independent thinkers. That’s made a huge impact on us, as I’m sure it does on other businesses.” 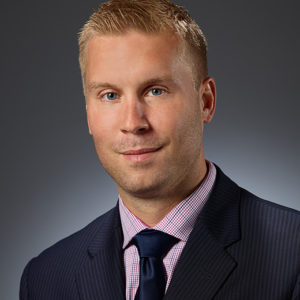 As part of DeGroote’s MBA employer network, Schwenger’s ongoing relationship with the School is also an example of the impact DeGroote’s MBA students are having on, and the value they are adding to, the local economy.

“Zig Ziglar said it perfectly, ‘You don’t build a business. You build people, and people build the business,’” says Schwenger, himself a DeGroote MBA alum. “Because DeGroote has a built-in co-op option, we opened that opportunity up as a four-month-long job interview. During that process, we’ve discovered that these students are coming out of the program as independent thinkers. That’s made a huge impact on us, as I’m sure it does on other businesses.”

Statistics tell a similar story. An internal study during 2015-16, meanwhile, revealed that students enrolled in DeGroote’s co-op and internship programs that year earned more than $10 million.

Cynthia Bishop is the manager of Student Experience at the Career and Professional Development office. Her team provides career development services to DeGroote students and employer partners. She says these types of numbers and DeGroote’s longstanding relationships with employers across the Greater Toronto Area (GTA) and beyond are a testament to the School’s concentrated efforts to help prepare students to influence the work landscape.

“Two-thirds of our MBA students opt for the co-op format, during which they complete three mandatory paid work terms for a total of 12 months of experience in the industry,” Bishop says. “Beyond that, students also engage with industry through case competitions, experiential learning opportunities such as an intensive three-week consulting project at the end of their first year during which they solve a real company’s challenge, as well as networking opportunities both on and off campus.

“It all comes together to ensure students are ready for a wide range of roles when they graduate. And it’s in that ongoing success of seeing the translation from co-op to full-time work for so many students that tells us the model is working.”

At Stresscrete, for example, Schwenger has hired DeGroote MBA graduates who were former co-op students at his company in roles as varied as a controller in the accounting department and a manager to oversee the company’s entire order flow system. The CEO is now looking to hire a fourth DeGroote grad to take on a role in the company’s marketing department.

“The program really gives them a variety of experiences and allows them to specialize in a particular area, which can also be beneficial,” Schwenger says. “Sometimes, we make co-op students an offer before they graduate and if they commit to working with us upon graduation, we pay the balance of their schooling. So many businesses don’t invest in people as much as they do in, say, the equipment, and I can tell you that fully investing in people gives you many times more return on investment. I would like to think we’re providing opportunities for these students to secure their futures.”

Just as the companies that take on DeGroote students play a major role in investing in them and preparing them to stand out in a competitive economy, Bishop says the network of industry partners — which includes more than 100 companies in fields as diverse as health care, finance and technology — also heavily contributes to program quality and relevancy.

“We are in constant recruitment and working with our partners to see how they can be more engaged in the classroom setting, so many of our partnerships are turning into ‘all in it together’ type of relationships,” she says. “We also really consider the importance of regional employers so we not only work with companies in the GTA but also in the Greater Hamilton Area, which further guarantees that we’re feeding our local economy and the community that we are a part of.”